Opera Naples with the Naples Philharmonic 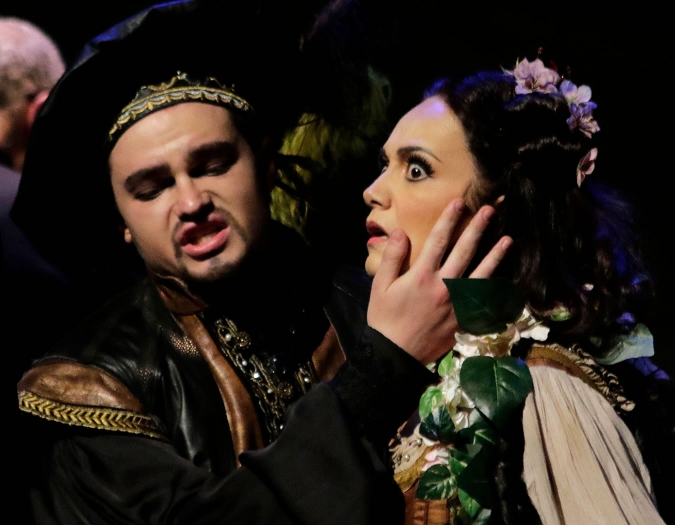 The beguiling, philandering antihero Don Giovanni plots his next conquests — only to find that his luck has finally run out. Often considered the greatest opera ever written, Mozart’s Don Giovanni is brimming with memorable characters, unforgettable music, twisted humor and just desserts.

The company made its official debut with a Viennese-style New Year’s ball on the eve of 2006. Since then, its many performances in a wide variety of venues have consistently earned rave reviews and standing ovations. Just two years after its inception, Opera Naples was named Best Performing Arts Group by Gulfshore Life Magazine.

In its first decade, the company has presented such well-known grand operas as La bohème, Carmen, Così fan tutte, Don Giovanni, Faust, Elijah, Eugene Onegin, Il trovatore, La traviata, Madama Butterfly, Nabucco, Rigoletto, The Barber of Seville, Pagliacci, The Magic Flute, and Tosca. It has staged modern works such as La Tragedie de Carmen, Maria de Buenos Aires, Tango, The Medium and The Telephone, and it has produced major choral works such as Verdi’s Requiem. It has staged performances in venues including Artis—Naples, local churches, schools, retirement communities and a public park.

Opera Naples has become firmly established as the city’s opera company and an important part of the cultural life of the region. It is proud to have earned local, regional and state government support, and it is very grateful to its sponsors, donors and patrons who continue to encourage it and grow in number.

An energetic and compelling figure on the podium, Norwegian conductor Rune Bergmann is a dynamic, versatile conductor with an extensive classical, romantic, operatic and contemporary repertoire. Considered among today’s most talented young Scandinavian conductors, his elegant interpretations and reputation as an inspiring and profound musician continue to attract the attention of orchestras throughout the world.