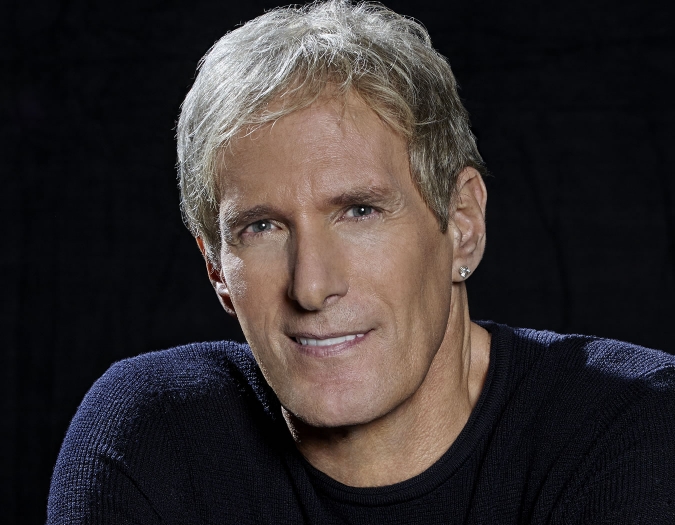 From When a Man Loves a Woman to How Am I Supposed to Live Without You and more, Michael Bolton’s time, love and tenderness has created the soundtrack of our lives. Join the Grammy Award winner for an evening of timeless hits and a musical journey through pop, rock, soul, standards and even classical.

Michael Bolton is a multiple-Grammy-Award-winning singer, songwriter and humanitarian, who has sold more than 65 million records globally and continues to tour the world. Bolton remains committed to humanitarian causes, especially through the Michael Bolton Charities.

Celebrating more than 50 years of contributions to the entertainment industry, Bolton recently starred in The Celebrity Dating Game, ABC’s reboot of the beloved dating gameshow. The fun-loving summer series aired primetime, ranking #1 in its slot.

Michael’s most recent release A Symphony of Hits, a No. 1 album on the Billboard Classical Chart, is a collection of his favorite greatest hits newly arranged and recorded with a full symphony orchestra. To date, Michael has seen nine studio albums rank in the top 10, with nine No. 1 singles.

In recognition of his artistic achievements, Michael won two Grammys for Best Pop Male Vocal Performance (nominated four times), six American Music Awards, three Emmy nominations and a star on the Hollywood Walk of Fame. As a songwriter, he has earned over 24 BMI and ASCAP Awards, including Songwriter of the Year, nine Million-Air awards and the Hitmakers Award from the Songwriters Hall of Fame.

Bolton has written with some of the greatest and most diverse talent of our time, including Bob Dylan, Paul Stanley, Lady Gaga, Diane Warren and David Foster. Bolton's songs have been recorded by the likes of KISS, Kanye West, Jay Z, Barbra Streisand, Cher, Kenny Rogers and Marc Anthony. Michael has performed with legacies such as Luciano Pavarotti, Plácido Domingo, José Carreras, Renée Fleming and B.B. King.

Michael became a viral sensation in The Lonely Island’s Emmy nominated video, Captain Jack Sparrow that launched on Saturday Night Live and has racked up nearly 220 million views on YouTube. He earned another Emmy nod for his collaborations with the Screen Junkies YouTube channel’s popular Honest Trailers video series and partnered with Funny Or Die to release a spoof on the cult-classic Office Space which achieved Immortal Status.

Bolton’s comedic appearances span several episodes of CBS’s hit series Two and a Half Men, the hit Fox network show Glee, ABC’s hit comedy Fresh off the Boat and HBO’s hit series Last Week Tonight with John Oliver. Michael had a featured cameo in the Showtime hit series Billions and has made guest appearances on shows like Lip Synch Battle, Beat Shazam, Hollywood Game Night and To Tell the Truth.

Michael’s songs are frequently heard on Idol, The Voice, Got Talent and X-Factor all around the world. Most recently, he performed as a special guest on the hit Fox TV show The Masked Singer. His songs and performances have also been featured in film soundtracks, including the Oscar-nominated theme song Go the Distance from Walt Disney’s blockbuster animated film Hercules and the Russell Crowe film Fathers & Daughters which has become a favored wedding song and part of several viral videos.

For his dedication to social activism, Michael has been honored with several Humanitarian awards – including the Martin Luther King Award granted by the Congress of Racial Equality (C.O.R.E.), the Lewis Hine Award from The National Child Labor Committee, the Muhammed Ali Humanitarian Award, the Ellis Island Medal of Honor from the National Ethnic Coalition of Organizations and the Frances Preston Lifetime Achievement Award. Michael is especially proud of the initiatives carried out by his own foundation, the The Michael Bolton Charities, that has been advocating on behalf of women and children at risk for more than 25 years.