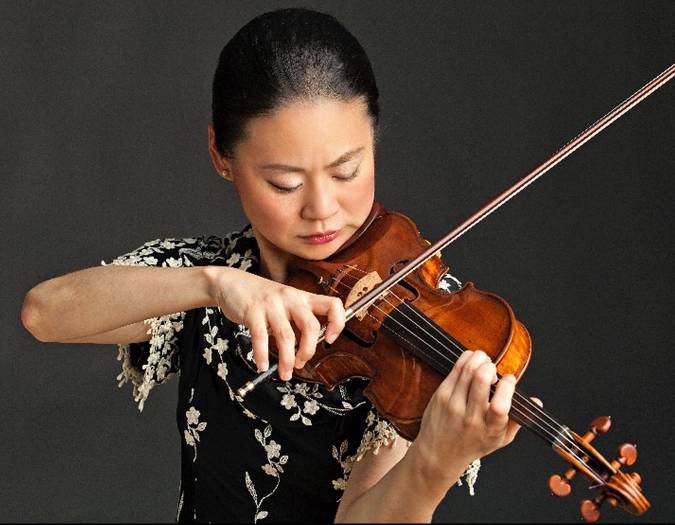 Associate Conductor Radu Paponiu and the Naples Philharmonic Youth Orchestra are joined by guest violinist Midori for a special evening of classical works.

Midori is a visionary artist, activist and educator whose unique career has transcended traditional boundaries through her relentless drive to explore and build connections between music and the human experience. Never at rest, Midori brings the same dynamic innovation and expressive insight that has made her a top concert violinist to her other roles as a leading global cultural ambassador and a dedicated music educator.

A leading concert violinist for over 30 years, Midori regularly transfixes audiences around the world, bringing together graceful precision and intimate expression that allows the listening public to not just hear music but to be personally moved by it.  She has performed with the world’s top orchestras, including the London Symphony; Staatskapelle Dresden; Mahler Chamber Orchestra; New York Philharmonic; Chicago Symphony; Atlanta Symphony; Orchestre Symphonique de Montreal; Cincinnati Symphony; Pittsburgh Symphony and the Czech Philharmonic. In addition, she has collaborated with leading musicians, such as Péter Eötvös; Christoph Eschenbach; Daniele Gatti; Alan Gilbert; Susanna Mälkki; Robert Spano; James Conlon and Paavo Järvi, among others.