Home / The Baker Museum /Past Exhibitions /Robert Indiana
Back to Home 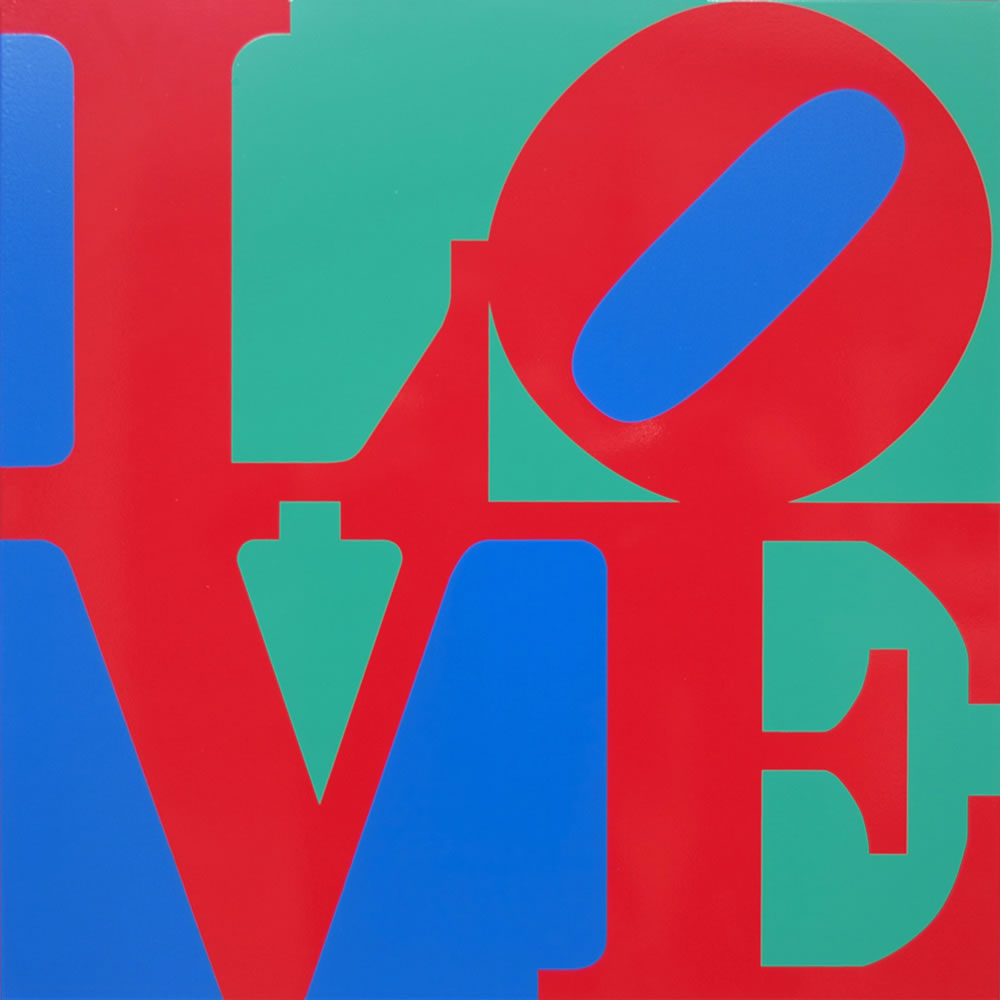 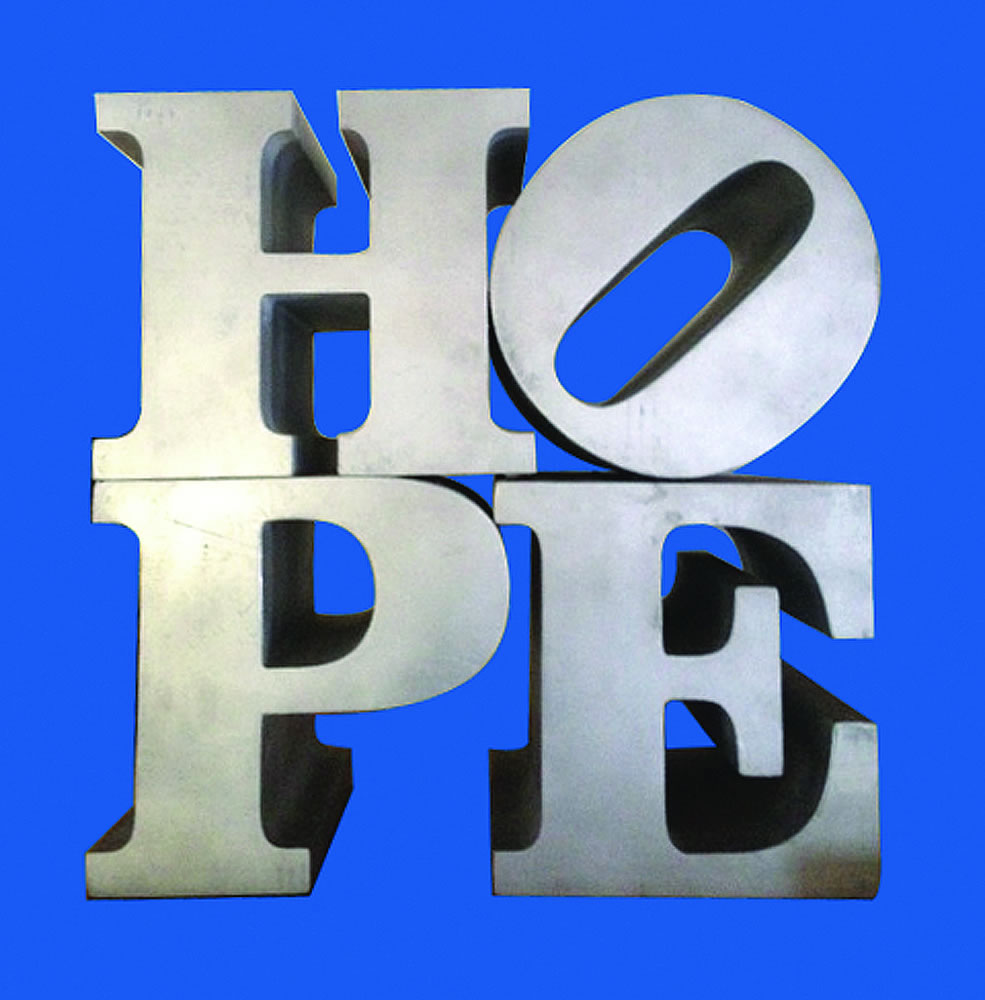 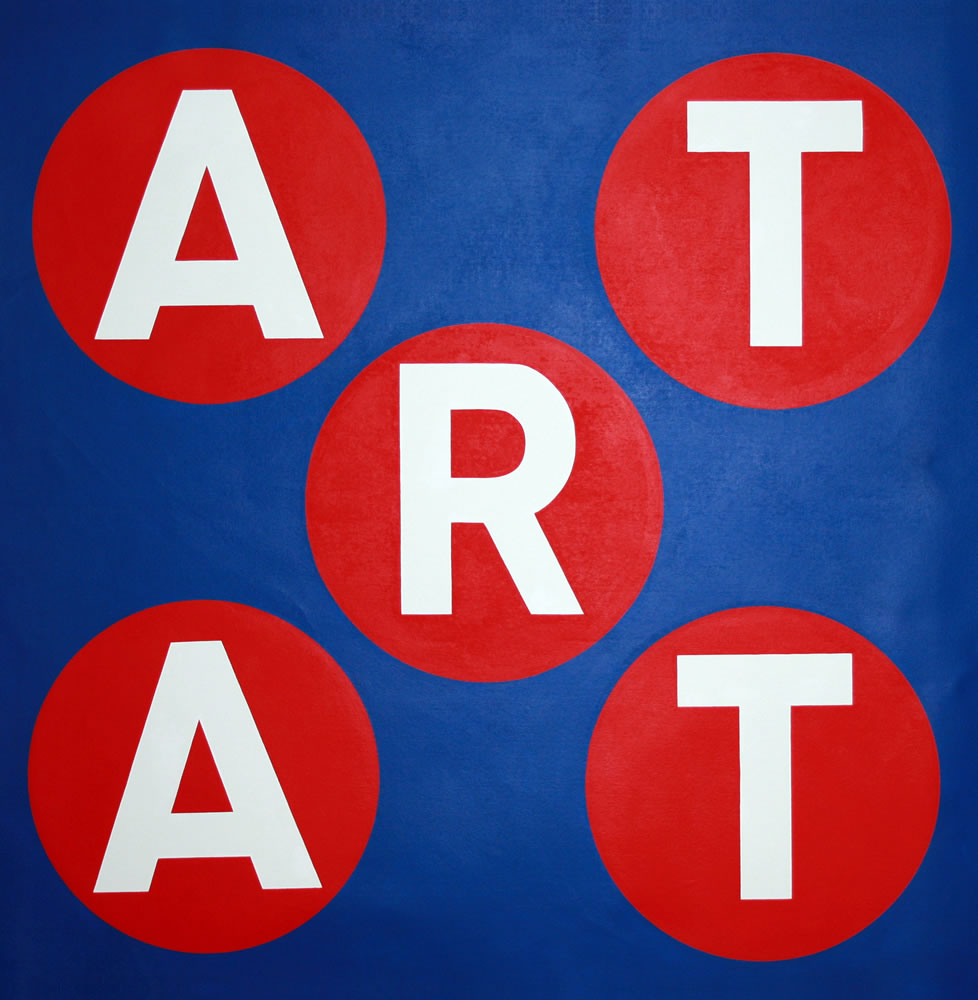 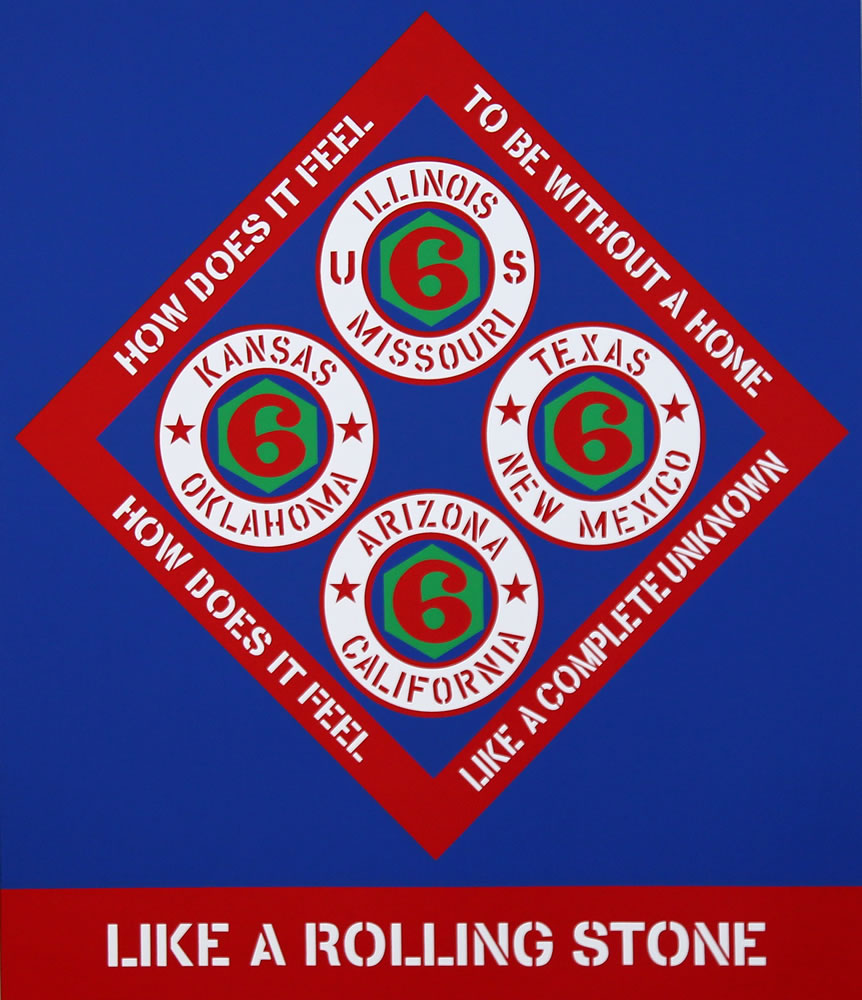 One of America’s most celebrated living artists, Robert Indiana has been called “the Man Who Invented Love,” an epithet which has followed him since 1965, when his first painting of that word catapulted him to art-world fame. Conceived originally as a postcard for the Museum of Modern Art, LOVE is one of the most recognizable works in American art. It has been rendered and globally exhibited as sculptures, paintings, drawings and prints and was published as a US postage stamp. The enormous popularity of LOVE has tended to overshadow other significant themes that permeate Indiana’s work, including his use of numerological and personal symbols and his allusions to literature and history. These subjects are recurrent presences in the richly woven, 70-year continuum of his graphic work.

Born in 1928 in Newcastle, Indiana, Robert Indiana (né Robert Clark) studied printmaking at the School of the Art Institute of Chicago in the early 1950s, where fellow students included Claes Oldenburg, Red Grooms and Richard Estes. He eventually turned to serigraphy as a means of furthering the images of his paintings, helping, along with Warhol, to elevate the status of the serigraph in contemporary American printmaking.

After studying at the Skowhegan School of Painting and Sculpture in Maine and attending the University of Edinburgh and Edinburgh College of Art, Indiana moved to New York City in 1954. Through his developing friendship with Ellsworth Kelly, whom he met while working in an art supply store on West 57th Street, Indiana was exposed to the union of clean-edged abstract forms with pure color that Kelly was creating. In the former sign shop that became his studio on Lower Manhattan’s waterfront, Indiana uncovered assorted old brass and copper stencils of prosperous 19th-century companies that flourished in this once-thriving commercial port. That fortuitous discovery formed the matrix for his art and the inspiration for his artistic vision.

In 1978, after nearly a quarter-century of living amidst the tumult of the New York art world, Indiana moved to Vinalhaven, a small island about an hour’s ferry ride from the coastal town of Rockland, Maine. A substantial part of the work he has produced since then reflects the relative solitude and isolation of his life on the island and contains autobiographical and geographic references to themes and places associated with Maine. In 2007, encouraged by his publisher, Indiana began making the long-awaited follow-up to LOVE. After numerous ill-fated trials, he revisited one of his works from the 1970s, Star of Hope, to create what has arguably become not only a masterpiece but a calling card for the times, HOPE. “HOPE is the close relative of LOVE”, Indiana announced on The Today Show, adding “my best work is stacked and my tilted ‘O’ is my signature work.”

As an artist who continually delights in discovering connections between words and images and experiences past and present, Indiana works in various media, sometimes incorporating new interpretations of previously explored iconographies. Robert Indiana: Now and Then features over 70 works and presents works showcasing the artist’s unique method of working on paper, canvas, print and in three dimensions with the same image. This exhibition includes his icons EAT, LOVE, HOPE, THE ALPHABET and the debut of his most recent series, LIKE A ROLLING STONE, which merges the work of Indiana and Bob Dylan, two of the most iconic American pop-culture artists.

This exhibition is organized by American Image Art, Katonah, New York, in association with Artis—Naples, The Baker Museum.