The World's Greatest Orchestras on Tour 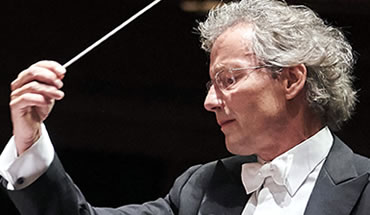 The Cleveland Orchestra returns to Hayes Hall for an afternoon of classical wonders under the direction of Music Director Franz Welser-Möst, now in his 20th year with the orchestra. Don’t miss one of America’s premier orchestras performing Tchaikovsky’s impassioned Violin Concerto, a recent commission by Austrian composer Bernd Richard Deutsch and Respighi’s enthralling Roman Festivals.

All Visiting Orchestras tickets include same-day admission to the The Baker Museum. Special museum hours on day of The Cleveland Orchestra performance: Noon-4pm. In addition, the doors to Hayes Hall will open 90 minutes prior to this performance. Arrive early to enjoy the exhibitions and light fare available at Heidi's Place. 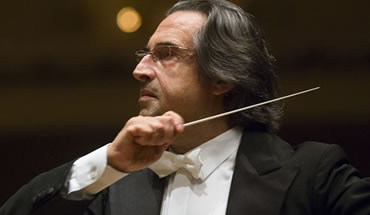 Join the Chicago Symphony Orchestra for two landmark performances as it celebrates the artistic legacy of Zell Music Director Riccardo Muti in his final season. The two programs are presented in stark contrast, with the first featuring Beethoven’s Coriolan Overture and lighthearted Symphony No. 8, and the second featuring Beethoven’s sweeping and energetic Symphony No. 7 as well as Prokofiev’s melodic Fifth Symphony.

All Visiting Orchestras tickets include same-day admission to The Baker Museum. Museum hours on days of the Chicago Symphony Orchestra performances: 10am-8pm. In addition, the doors to Hayes Hall will open 90 minutes prior to this performance. Arrive early to enjoy the exhibitions and light fare available at Heidi's Place.