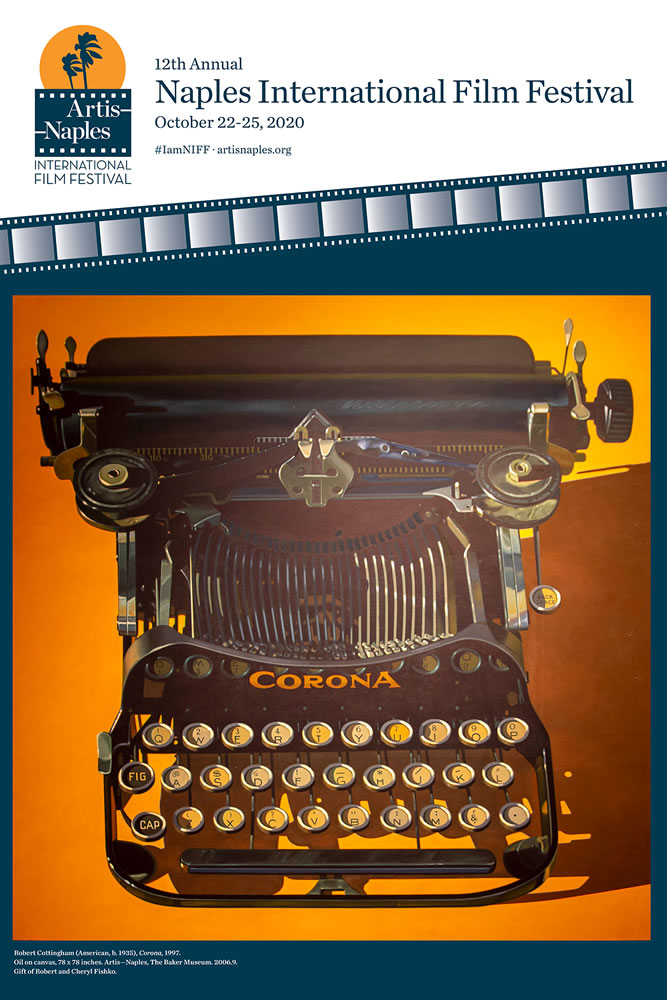 The 2020 Naples International Film Festival Poster is based on the art of Robert Cottingham.

“This stunning work by Robert Cottingham is part of one of our current exhibitions at The Baker Museum — Subject Matters / Selections from the Permanent Collection — and I have seen visitors stop short  and stand in front of it during our recent guided tours,” says CEO and President Kathleen van Bergen. “Cottingham created this image of a vintage Corona typewriter in 1997. These days, of course, it resonates because the very word ‘corona’ conjures up so many mixed emotions during these challenging times. But we see this first and foremost as a vibrant photorealistic painting that is associated with writing a story, composing a letter — or even crafting a film script.”

Robert Cottingham belongs to a group known as Photorealists, which also includes Richard Estes and Robert Bechtle. The controlled technique and slick photographic appearance of Photorealists’ works, which came to prominence in the late 1960s and early 1970s, were in stylistic opposition to the expressive paintings by such artists as Jackson Pollock. Cottingham, in particular, is well known for colorful depictions of neon signage, advertising billboards, sign-board façades and letter forms as his subjects. More recently, he has also explored images derived from cameras, typewriters and machine parts he calls “components.” As with other Photorealist artists, he uses his camera as a means of documentation before working on his meticulously executed paintings in his typically bold and large works. Having worked in advertising, the artist knows the power of letters and words to attract the viewer’s attention. He considers these words shorthand for popular American culture. A highly skilled printmaker, Cottingham simultaneously works in paintings and prints, with both media affecting his creations differently. His imagery expands on the photographic image, almost taking on an abstract quality rather than replicating it. 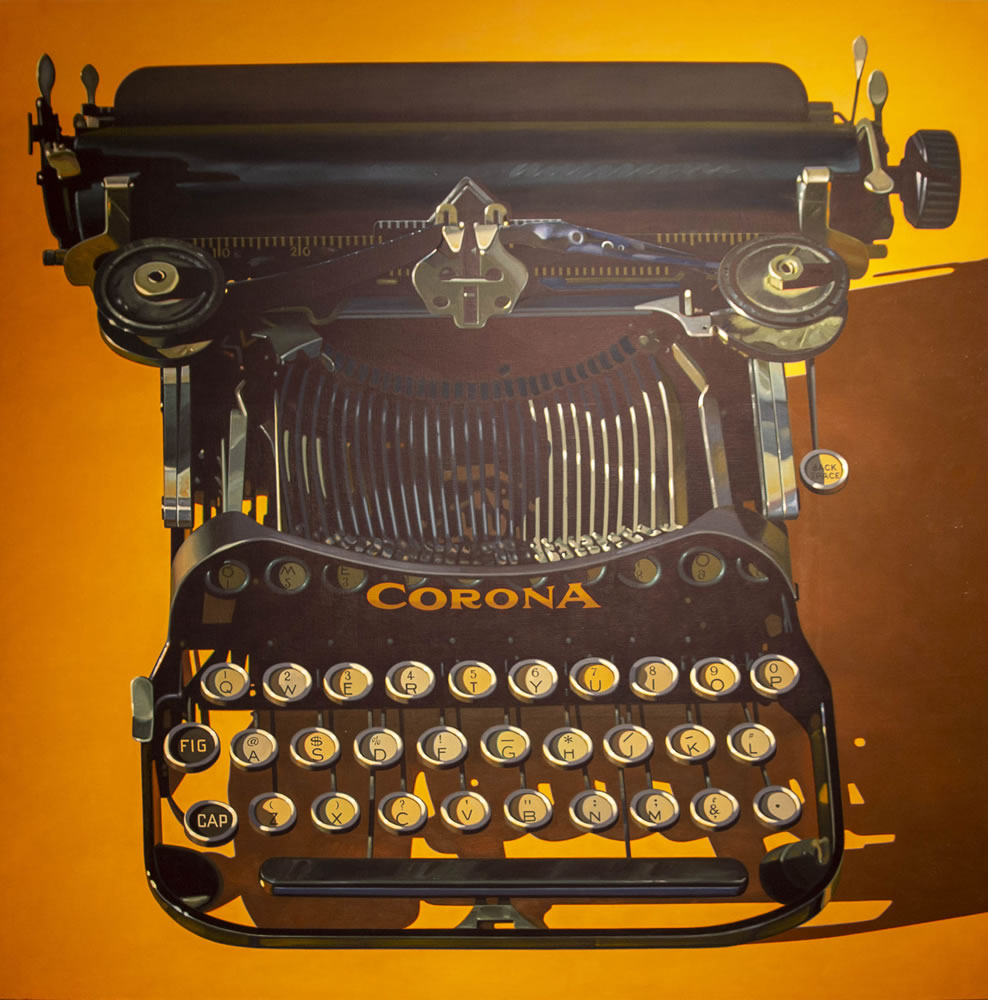