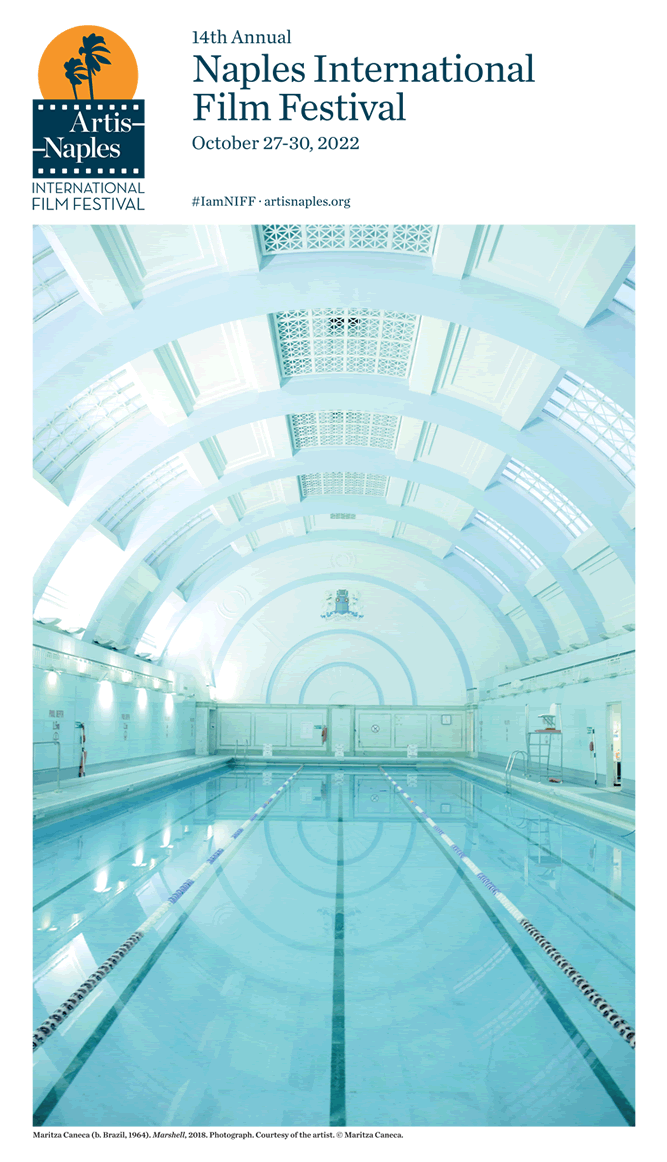 The 2022 Naples International Film Festival Poster is based on the art of Maritza Caneca.

Artis—Naples celebrates its multidisciplinary mission by featuring the work of a living visual artist on the official poster for the Naples International Film Festival. NIFF celebrates its 14th anniversary in 2022, and this year’s poster features a photograph by Brazilian-born, Miami-based artist Maritza Caneca.

The 2018 photograph Marshell is from an ongoing body of work in which Caneca explores swimming pools. Her background as a cinematographer drives her to capture unexpected symmetry and geometry in images of pools taken around the world. Whether indoor or outdoor, active or abandoned, Caneca’s pools invite the viewer to reflect on surface, line and pattern. 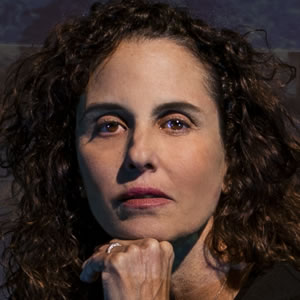 Maritza Caneca (b. 1964, Rio de Janeiro, Brazil) is a Miami-based visual artist whose work spans photography, film and multimedia installations. After spending three decades as a cinematographer, her work continues to capture detailed narratives found in the angles of simple symmetries and geometries. Caneca has been featured in group exhibitions in Miami, New York, Detroit, São Paulo, Rio de Janeiro, Budapest and Basel and has been the subject of solo exhibitions in Miami, Rio de Janeiro and Budapest. She is currently an artist in residence at the Bakehouse Art Complex in Miami, Florida.

Caneca graduated from the Faculdade da Cidade, Rio de Janeiro, in 1982 and soon began working in cinematography, with films such as Cinema Falado by Caetano Veloso (1986). In 2006 Caneca received the Best Photography Award from the Brazilian Association of Cinematographic Photography and went on to work on award-winning films in 2007, 2014 and 2016. Since 2012 Caneca has worked with photography and installations and has developed a body of work focused primarily on an exploration of swimming pools. She exhibited at the Paço Imperial during the 2016 Olympics in Rio de Janeiro, and in 2017 was invited to make an artistic intervention at the iconic pool of the Copacabana Palace Hotel. In 2020 Caneca completed a photographic mural in Miami, Florida, created in collaboration with the Bakehouse Art Complex, her largest public art project to date, and was invited to exhibit her work at the Miami International Airport by the Division of Fine Arts & Cultural Affairs of the Miami-Dade Aviation Department.

In 2022, Caneca further expanded her practice by creating Transitional Landscapes, a site-specific installation in a Rio de Janeiro swimming pool in which she dyed the pool’s water red and topped it with 20 floating, water lily-like convex mirrors that reflected the changing light and weather conditions. 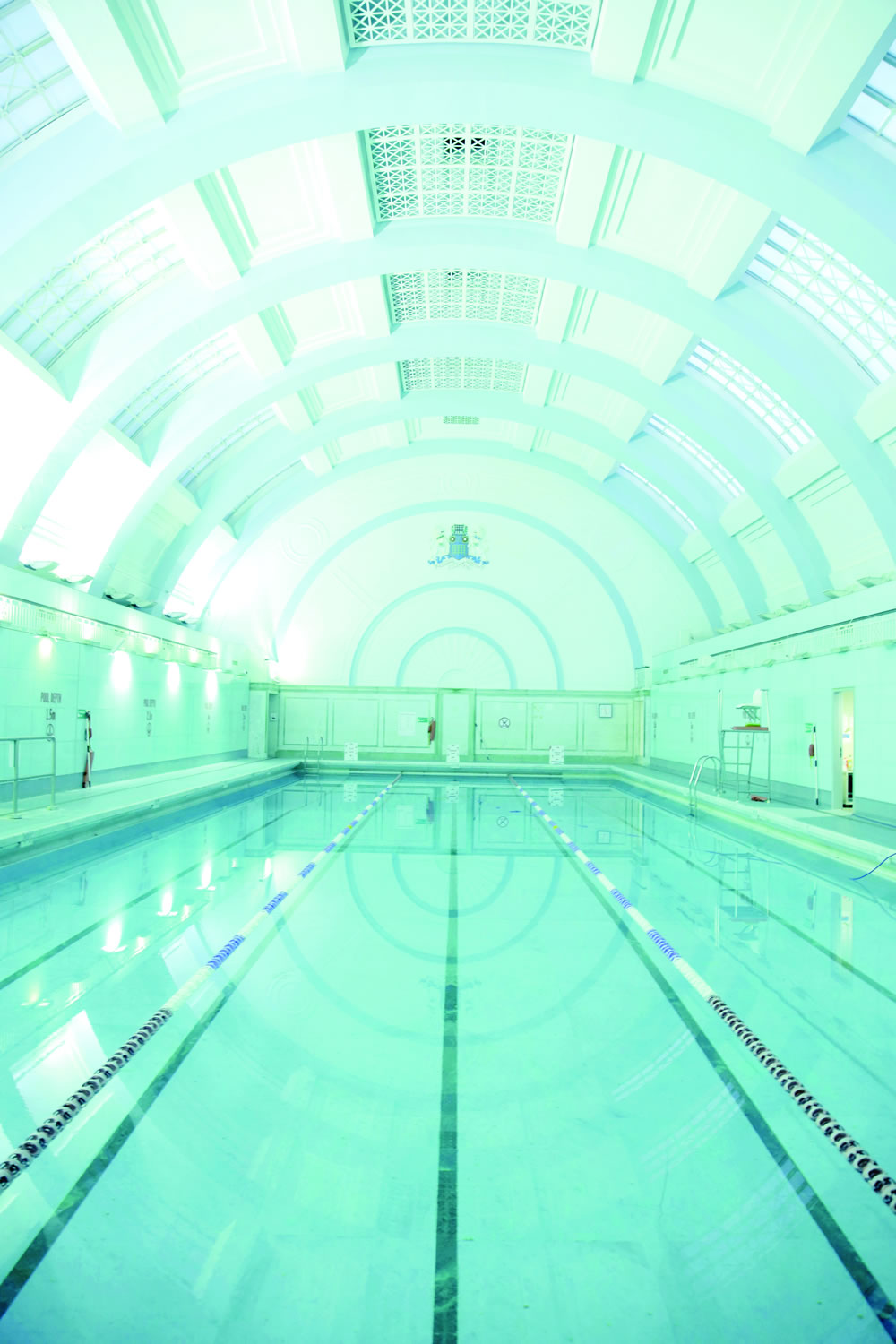