James Ehnes has established himself as one of the most sought-after musicians on the international stage. Gifted with a rare combination of stunning virtuosity, serene lyricism and an unfaltering musicality, James is a favorite guest at the world’s most celebrated concert halls.

Alongside his concerto work, James maintains a busy recital schedule. He performs regularly at the Wigmore Hall (including the complete cycle of Beethoven Sonatas in 2019-20, and the complete violin/viola works of Brahms and Schumann in 2021-22), Carnegie Hall, Symphony Center Chicago, the Concertgebouw in Amsterdam, Ravinia, Montreux, Verbier Festival, Dresden Music Festival and Festival de Pâques in Aix. A devoted chamber musician, he is the leader of the James Quartet and the artistic director of the Seattle Chamber Music Society.

James has an extensive discography and has won many awards for his recordings, including two Grammy Awards, a Gramophone Award and 11 Juno Awards. In 2021, James was announced as the recipient of the coveted Artist of the Year title in the 2021 Gramophone Awards, which celebrated his recent contributions to the recording industry, including the launch of a new online recital series entitled Recitals from Home, which was released in June 2020 in response to the COVID-19 pandemic and subsequent closure of concert halls. James recorded the six Bach sonatas and partitas and six sonatas of Ysaÿe from his home with state-of-the-art recording equipment and released six episodes over the period of two months. These recordings have been met with great critical acclaim by audiences worldwide, and James was described by Le Devoir as being “at the absolute forefront of the streaming evolution.”

James began violin studies at the age of 5, became a protégé of the noted Canadian violinist Francis Chaplin at age 9 and made his orchestra debut with L’Orchestre symphonique de Montréal at age 13. He continued his studies with Sally Thomas at the Meadowmount School of Music and The Juilliard School, winning the Peter Mennin Prize for Outstanding Achievement and Leadership in Music upon his graduation in 1997. He is a member of the Order of Canada and the Order of Manitoba, a fellow of the Royal Society of Canada and an honorary fellow of the Royal Academy of Music, where he is a visiting professor.

James plays the “Marsick” Stradivarius of 1715. 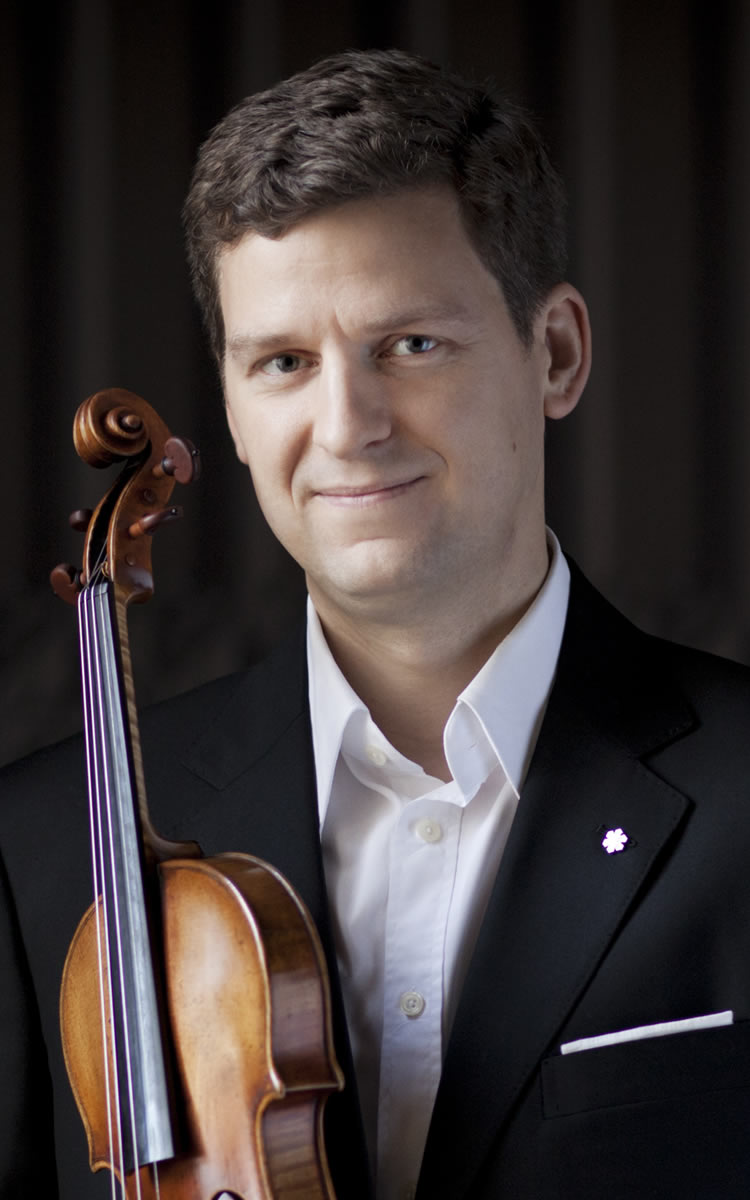