Home / The Baker Museum /Past Exhibitions /Jan Yoors: A Retrospective
Back to Home 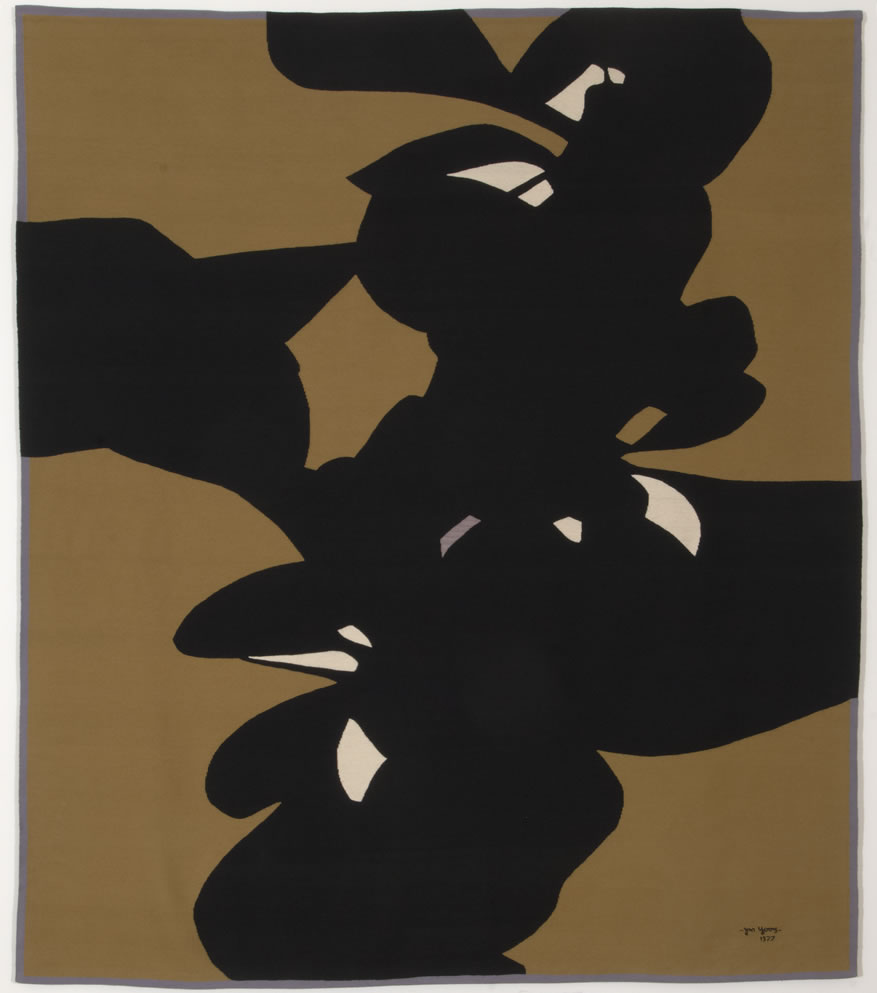 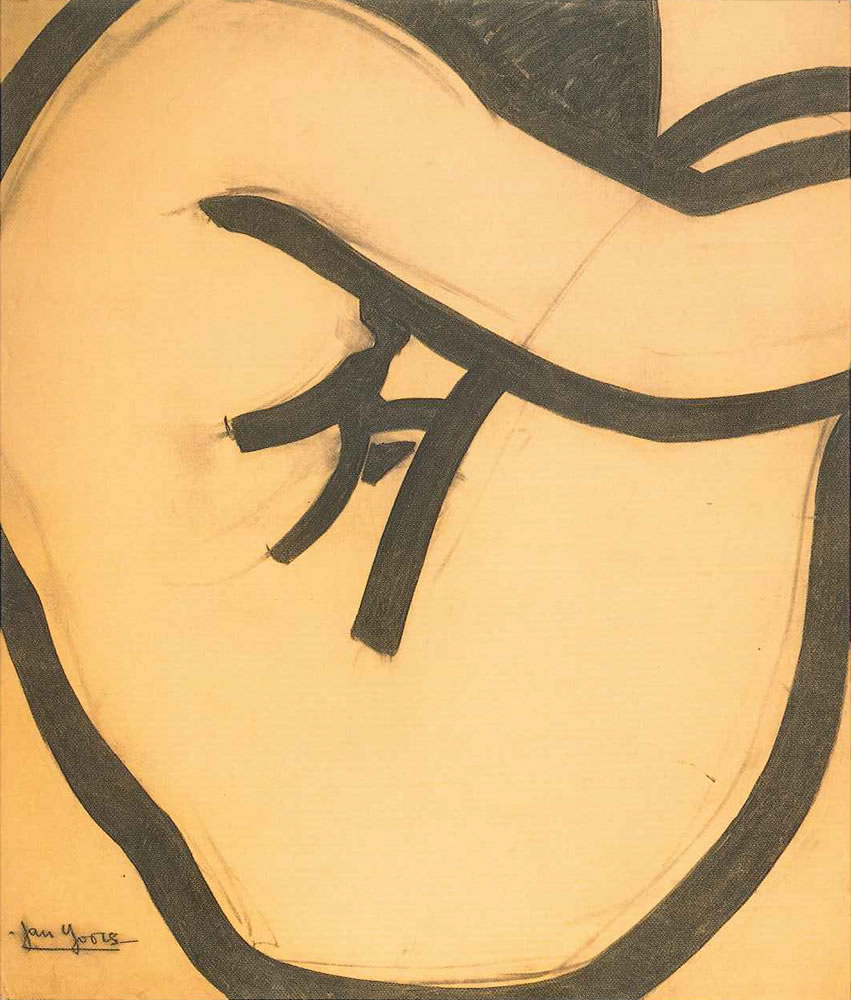 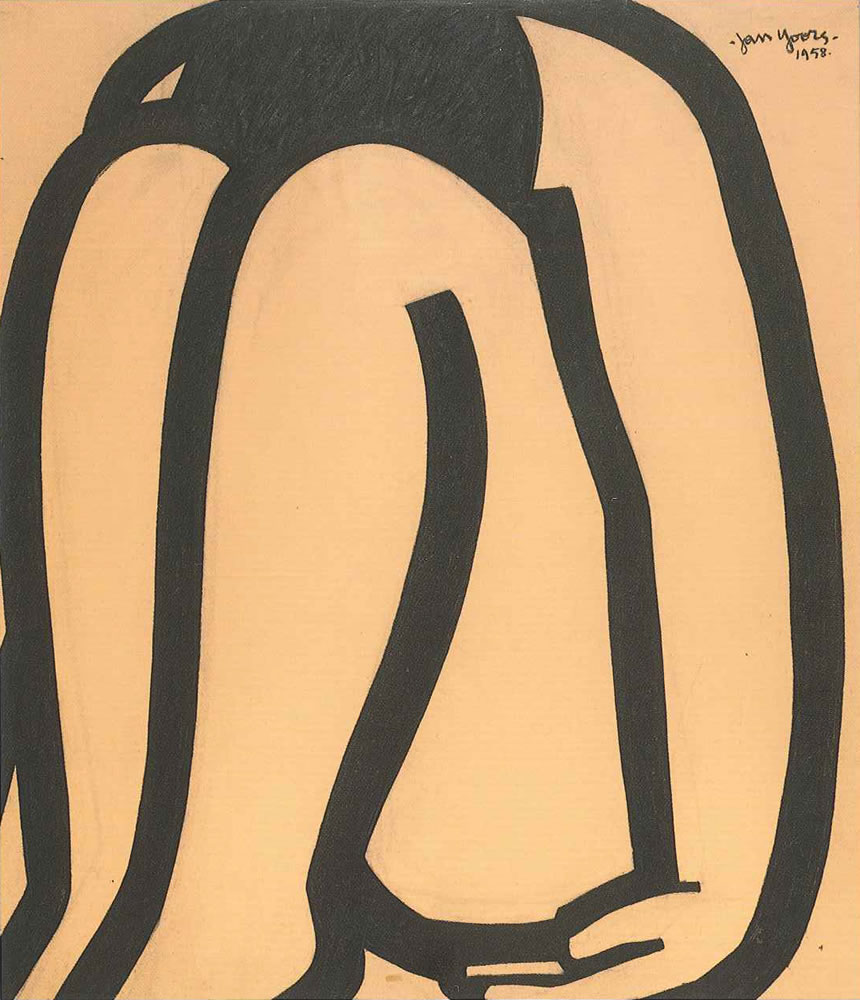 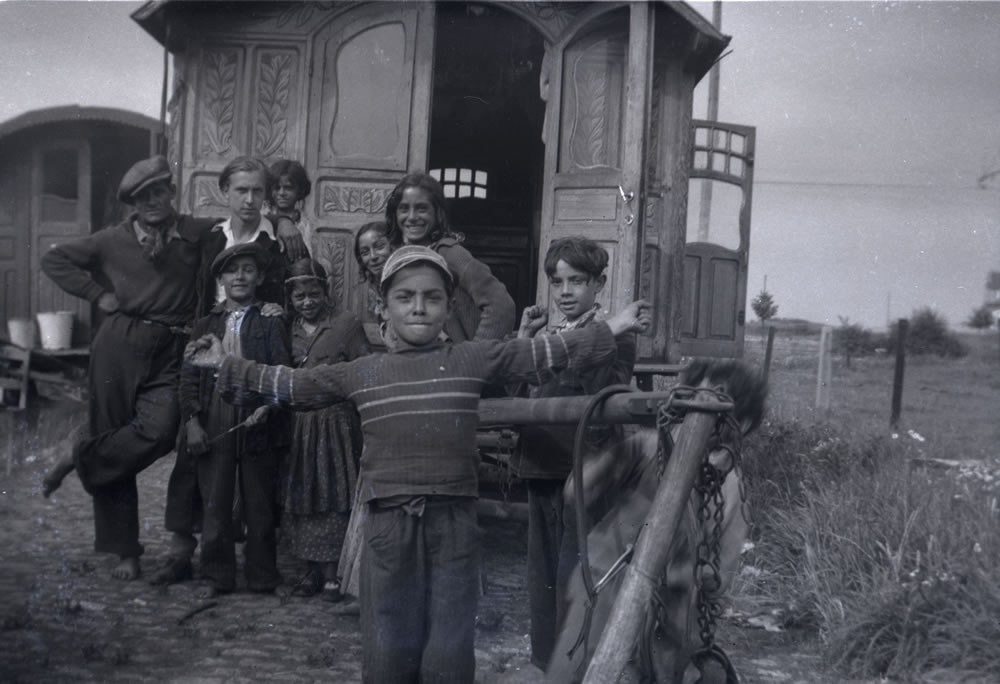 Yoors with Gypsies in Belgium, 1938. Collection of the Yoors Family Partnership. 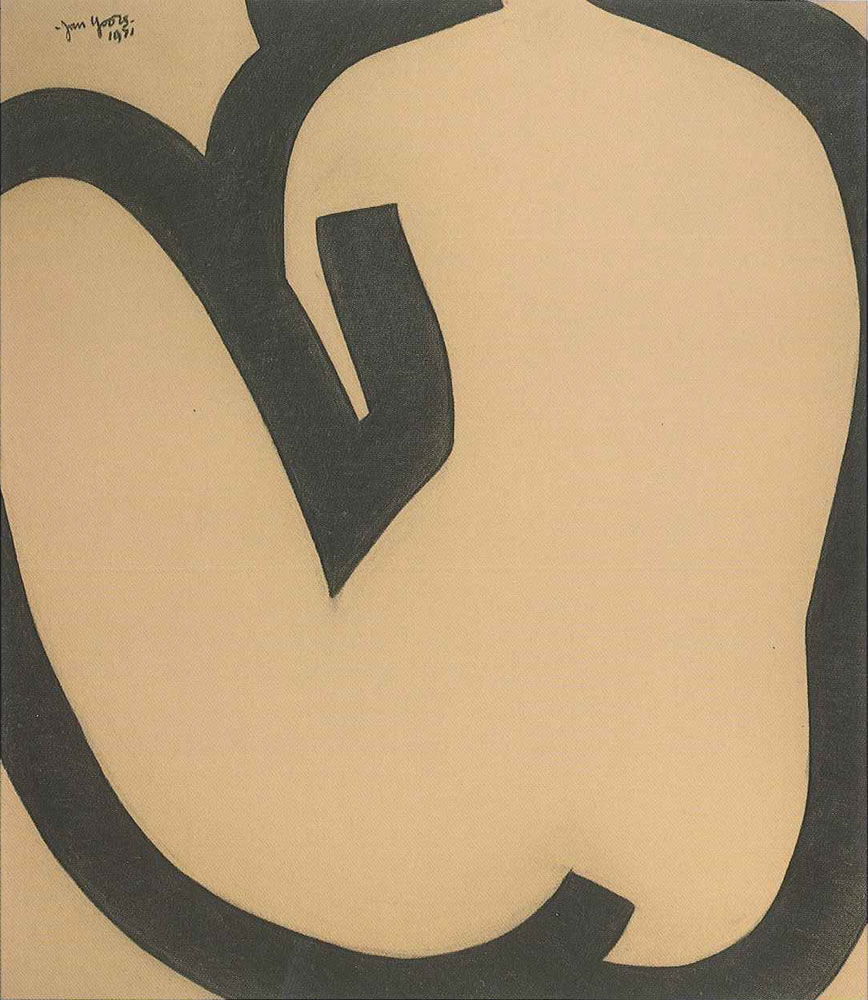 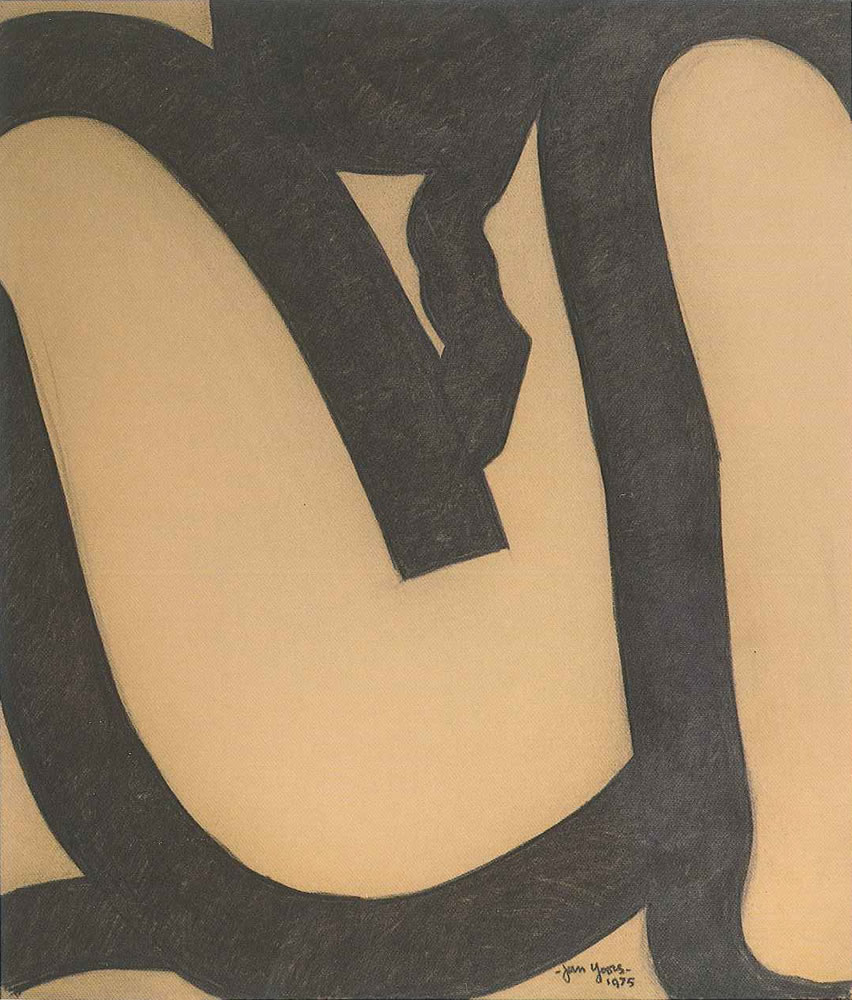 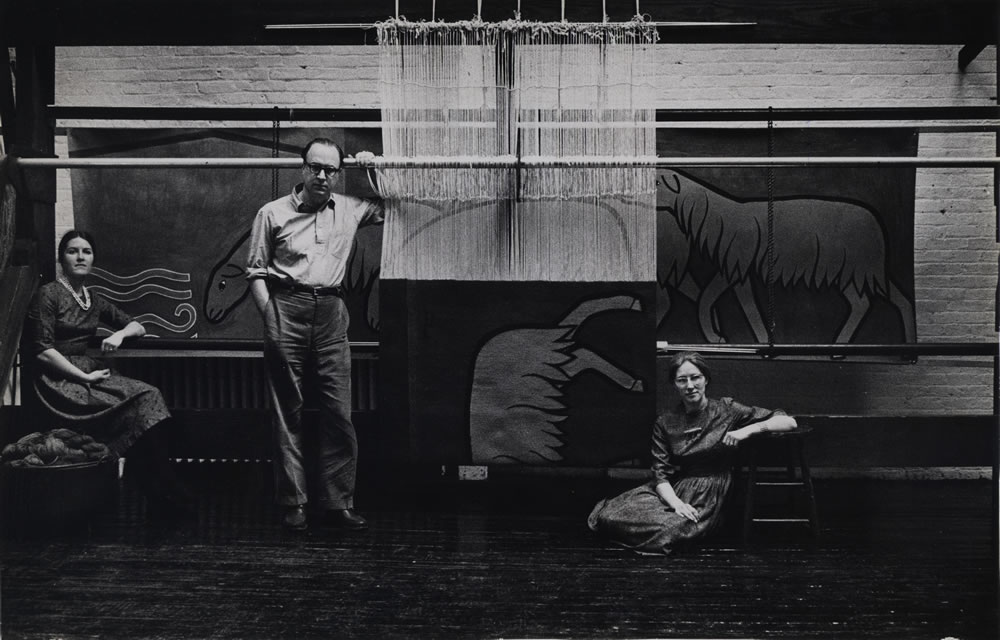 Marvin Bolotsky. Marianne Citroen, Jan Yoors and Annabert van Wettum at Yoors’ Studio at 47th Street, New York, in Front of a Commission for the Shepherd of the Hills Church, Minnesota, 1961. Collection of the Yoors Family Partnership.

Jan Yoors (1922-1977), a charismatic Flemish-American artist and son of the accomplished glass artist Eugène Yoors (1879-1976), built his career in New York City after World War II. Originally trained as a sculptor, he developed a fluency in drawing, painting, photography and writing, but above all, became an acclaimed and innovative tapestry maker — leaving an unparalleled legacy working in this medium. Yoors’ multifaceted oeuvre was inspired by the rich life experiences from his youth with a gypsy family to his imprisonment by the Nazis, through his many journeys and documentaries in the Amazon, the Far East, Russia as well as in New York City neighborhoods that went through social upheavals in the 1950s.

At age 12 Yoors wandered into the world of a Roma kumpania, or camp, near his native home in Antwerp, befriended several of its children and by the next day traveled with them across borders, becoming integrated into this community as he grasped their language and customs, eventually becoming an adopted family member. Over the next ten years, Yoors traveled with and lived among the gypsies, dividing his time between his adoptive Roma family and his parents back in Antwerp. This experience, combined with the ideas about art and society cherished by his deeply religious yet cosmopolitan parents, would have a lasting influence on his career as an artist.

Living in England after the war, Yoors decided to embark on a life making contemporary tapestries, and together with his wife Annebert, taught himself the craft, executing work based on gouache compositions and designs.

After establishing himself in New York City in 1950, Yoors occupied a studio space, constructed a 15-foot vertical loom, and with the help of Annebert and her friend Marianne, continued making tapestries. Keeping the work in the family allowed him to be directly involved with the craft, unlike artists such as Jean Arp or Roy Lichtenstein, who contracted outside firms to execute their textile designs. Yoors’ life was constantly in motion from the time of his arrival in the US: adept at thriving in different worlds, he maintained a range of networks that allowed him to pursue his interests in the bohemian Greenwich Village scene, witness gypsy culture, advance his interest in photography and film and gain recognition in the art world.

This retrospective exhibition, which was developed together with the Yoors Family Partnership, is the first comprehensive survey of Jan Yoors’ work organized in the US after his death. Tracing the evolution of Yoors’ work from figurative to abstract, it comprises many examples of his creative production, including tapestries, gouaches, drawings, sculptures and photographs.

The horrors of war that Jan Yoors experienced did not prevent him from realizing the potential of humanity. Having received a gift of unconditional love from his families — both biological and gypsy — he poured himself into the vessels available to him, whether tapestry, photography, literature or film. In the face of despair, he found “moments in life like sparks of timeless ecstasy, cosmic, eternal, overwhelming” and made them into his art.