In a New Light 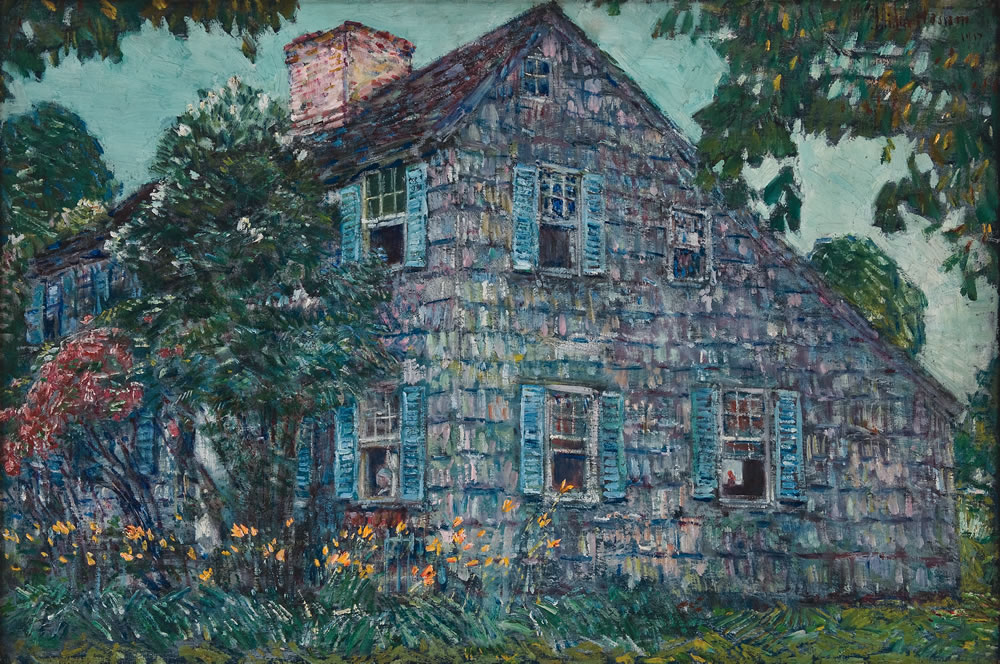 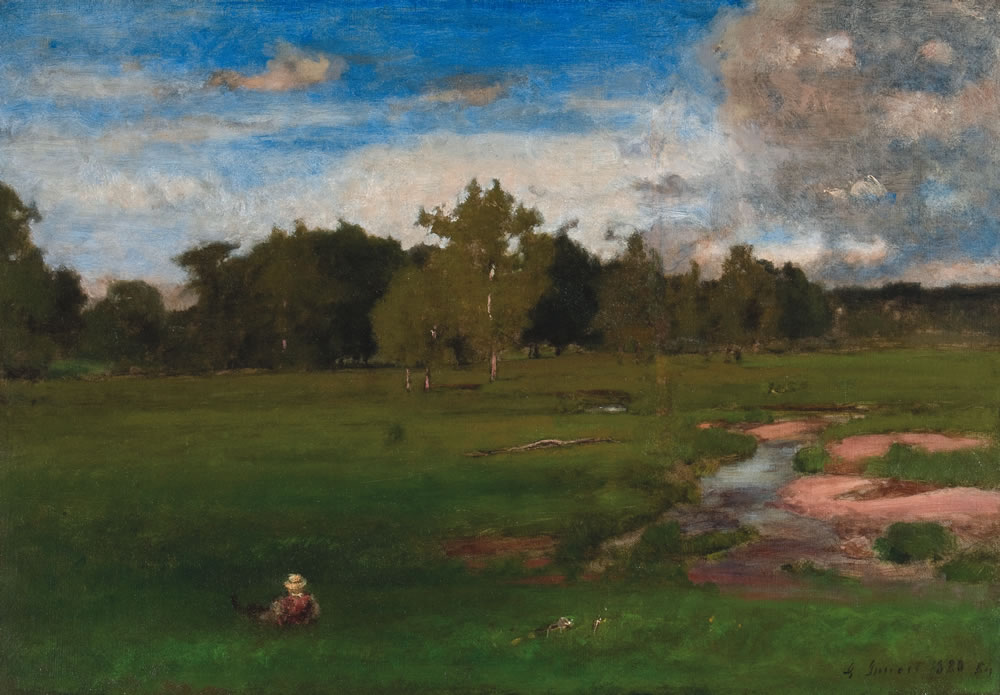 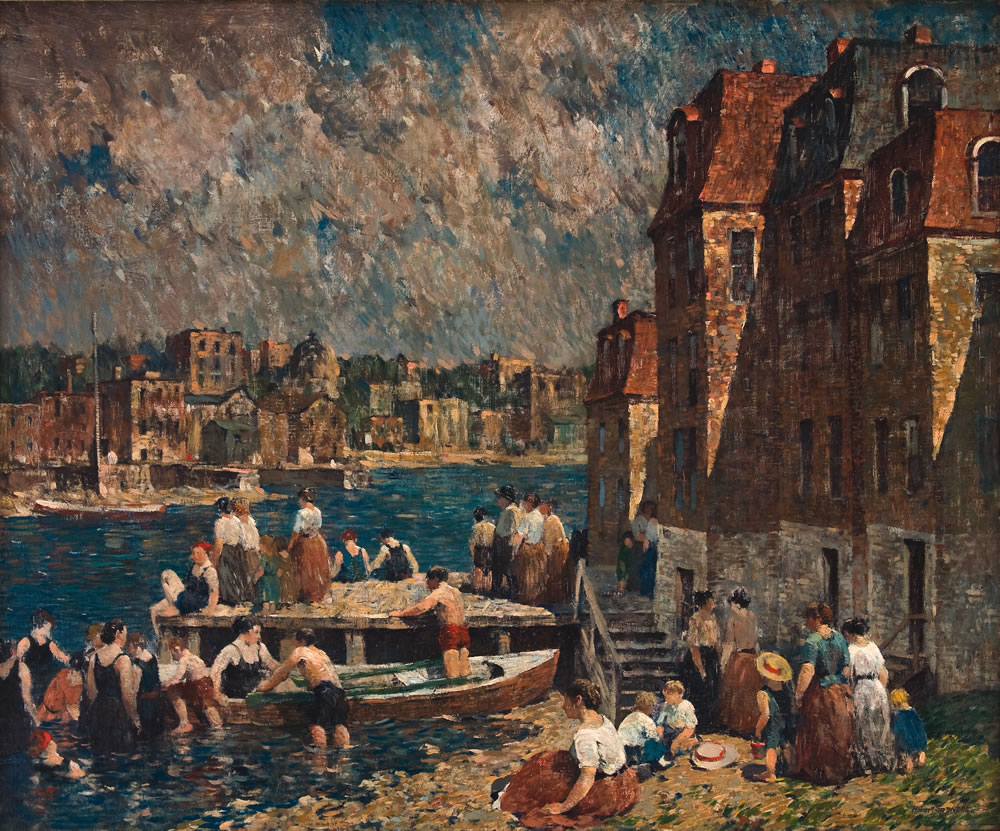 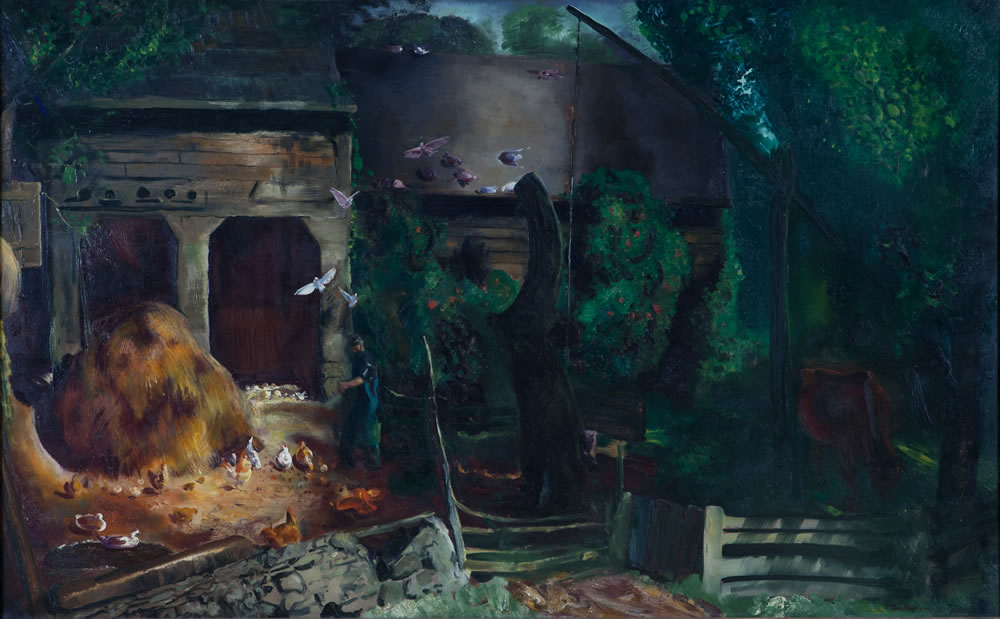 In a New Light: American Impressionism 1870-1940 explores both the dissemination of Impressionism from its French roots to the American idiom and its reinterpretation of landscape painting. While the nation at large celebrated its centennial and reflected upon its past, American artists looked to Europe as a model for the future, reinterpreting and reevaluating the American tradition. Indeed, American artists of this period often sought training abroad, particularly in France, where they were exposed to plein air painting, or painting in the open air, and Impressionism. These artists would later translate the French genre into a uniquely American expression.

The more than 100 paintings and works on paper in this exhibition are drawn entirely from the Bank of America Collection. This selection gives distinct insight into the changing nature of American art during the period. It traces not only artistic advances toward plein air painting and Impressionism in the US but also the development of American landscape painting, from the second generation of Hudson River School painters to the early-20th-century realists. Examples by such well-recognized painters as Childe Hassam will be found here alongside compelling works by lesser-known artists, such as Walter Schofield, who merit wider recognition as important figures during the era.

The exhibition is organized chronologically and begins with canvases by artists associated with the Hudson River School as well as the Boston painter William Morris Hunt, who is credited with bringing the Barbizon school to the attention of the American art world. It continues with paintings by such artists as George Inness, who found inspiration in the Barbizon aesthetic, as well as a related group of painters known as the Tonalists (Charles Warren Eaton, for example). In a New Light’s major focus, however, is on works by artists associated with American Impressionism, including Childe Hassam, Lilla Cabot Perry and John Enneking. On view are canvases by painters who belonged to some of America’s leading art colonies; many of these artists, such as Robert Spencer, employed Impressionist techniques. The exhibition also features paintings by those who experimented with Post-Impressionism, including a large-scale landscape by Birger Sandzén. Works by some of the most important 20th-century American realists (John Sloan, George Wesley Bellows and Gifford Beal) and canvases by members of the Taos Society of Artists (E. Martin Hennings, Joseph Henry Sharp and Oscar E. Berninghaus) provide sharp contrast to American Impressionism.

This exhibition is provided by the Bank of America Art in Our Communities® Program.