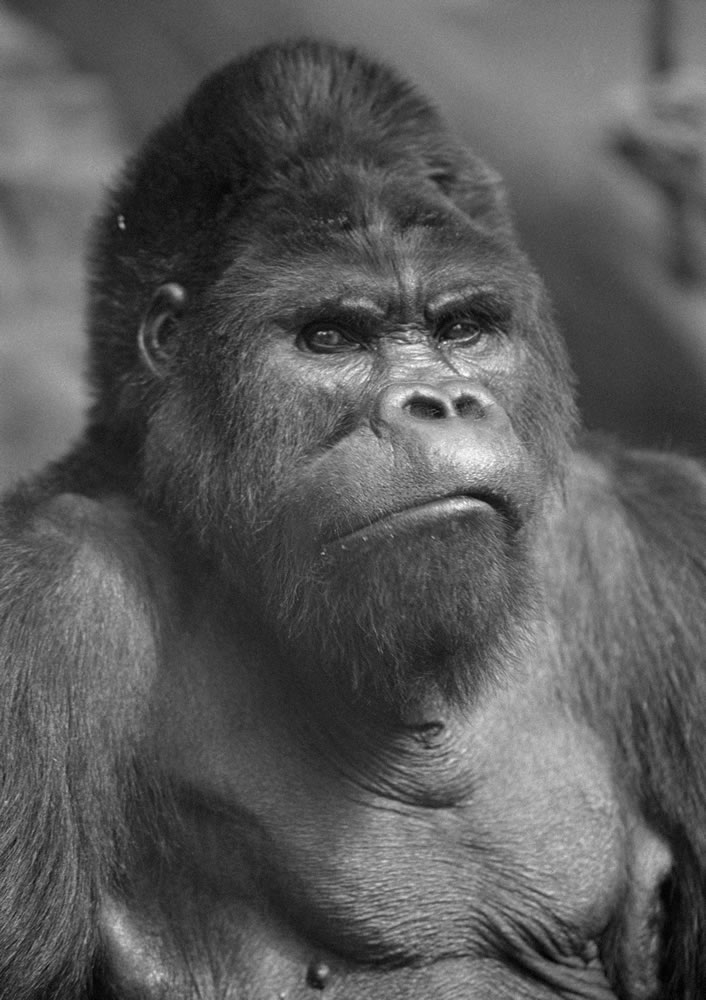 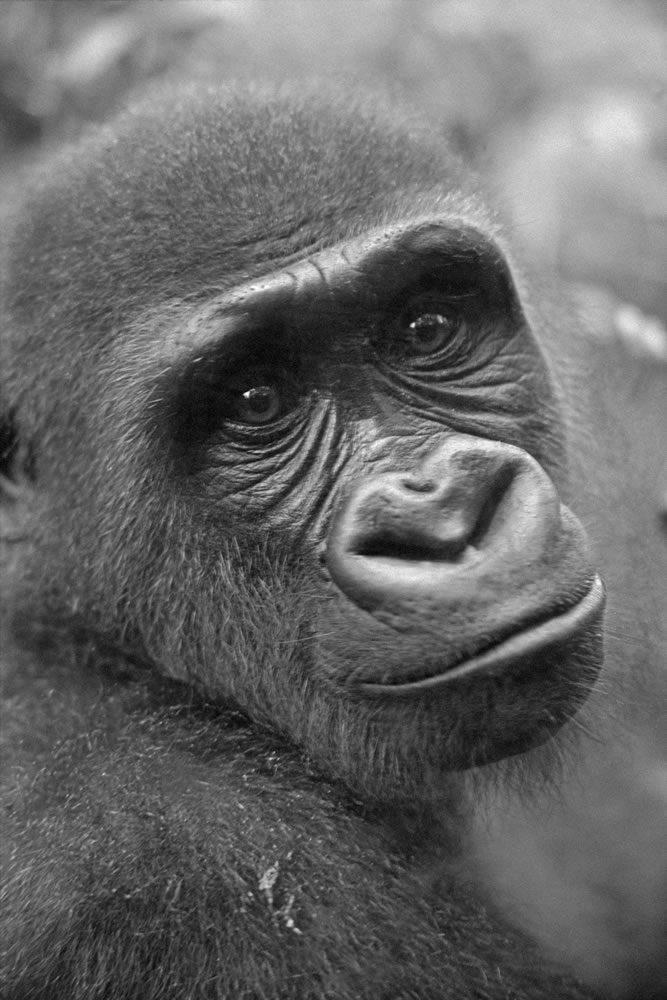 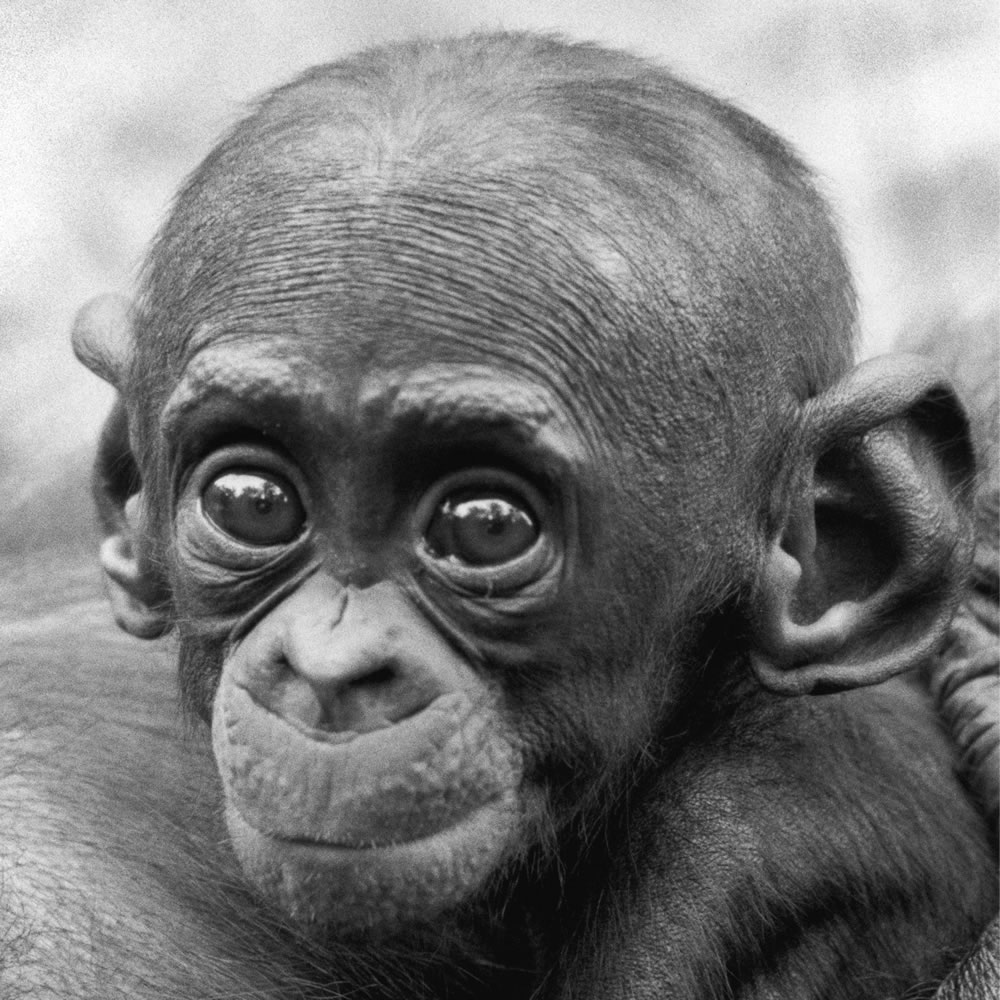 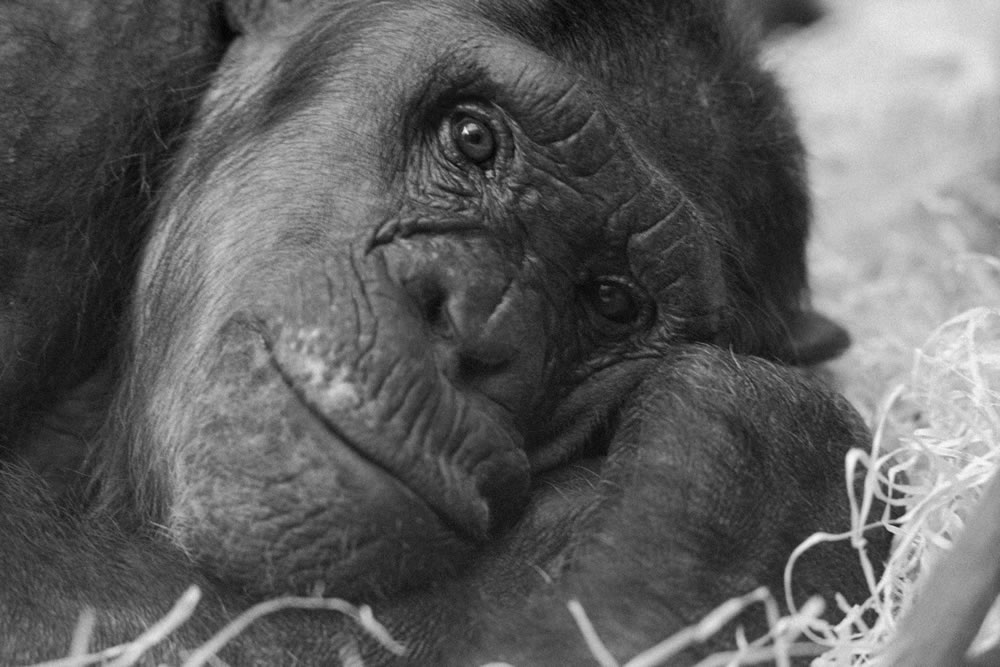 What is it like to be face to face with a gorilla? What was on the minds of occasional hunters who found themselves in this situation, their emotions ranging from fear of being attacked to feeling like criminals for chasing creatures are infinitely closer to man than any other animals that are traditionally hunted in Africa: elephants, lions, leopards or rhinoceroses?

The same curiosity instilled in scientists such as Robert Yerkes (American, 1876-1956), the father of American primatology, the yearning for understanding these species’ behavior by means of a psyche and intelligence that were still unknown in the 1920s. Decades later, the primatologist and conservationist Dian Fossey (American, 1932-85) would overcome her initial fears when she first started with her observations of gorillas and later experienced a profound sensation of kinship to these magnificent animals.

Blending art; science; history; primatology; and philosophy in an altogether original way, Beyond the Sight: Untold Stories About Gorillas presents the works of Naples-based philosopher of science and visual artist Chris Herzfeld (Belgium, b. 1960), who uses the story of non-wild apes to explore a range of important questions about both sides of the ape-human relation. This absorbing exhibition proposes a face to face encounter with the great apes, in particular with three gorillas that the artist studied over the course of her field work in search of their portraits.

Enriched by her numerous encounters with bonobos, chimpanzees, gorillas and orangutans in zoos and sanctuaries in Africa, the US and Europe, Herzfeld explores the history of primatology and the biographies of great apes in captivity. She is the founder of the Great Apes Enrichment Project, which advocates better living conditions for non-wild apes. She also focuses on the ability of captive great apes to adapt their lives in an environment radically different from that of their wild relatives. Beyond the Sight unforgettably renders the complexity, the dignity and the interests of these great apes, which are all endangered, sometimes critically.

This exhibition is organized by Artis—Naples, The Baker Museum, in collaboration with Chris Herzfeld and her team, and is generously underwritten by Waterside Shops.