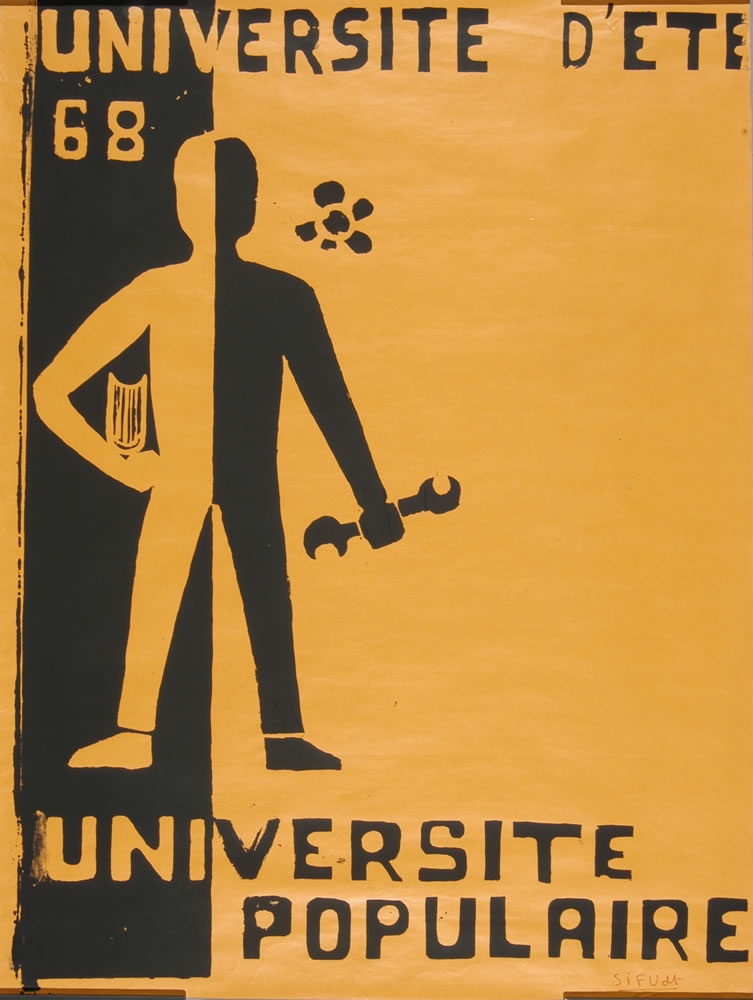 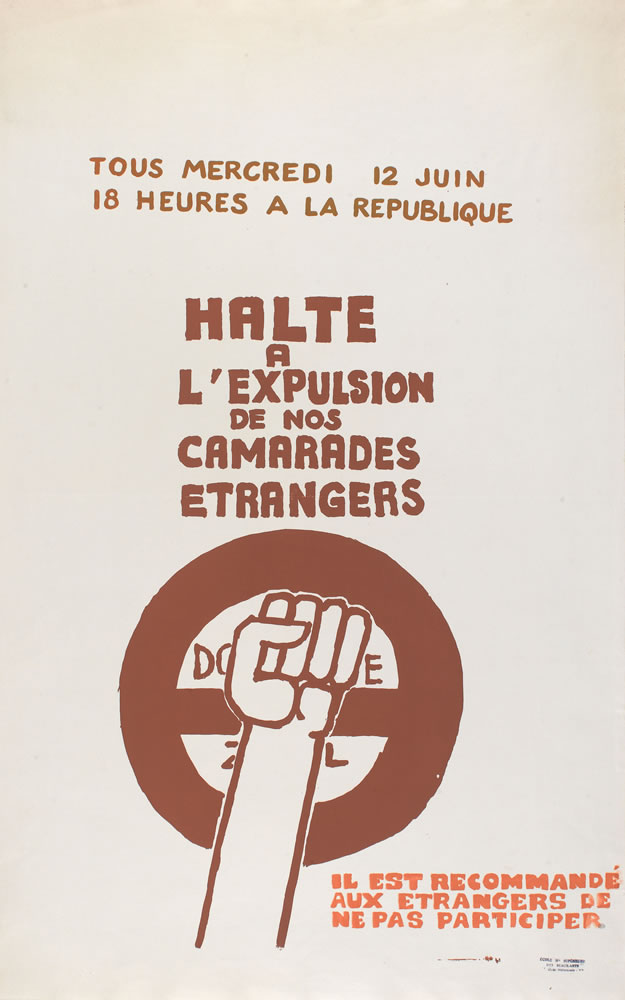 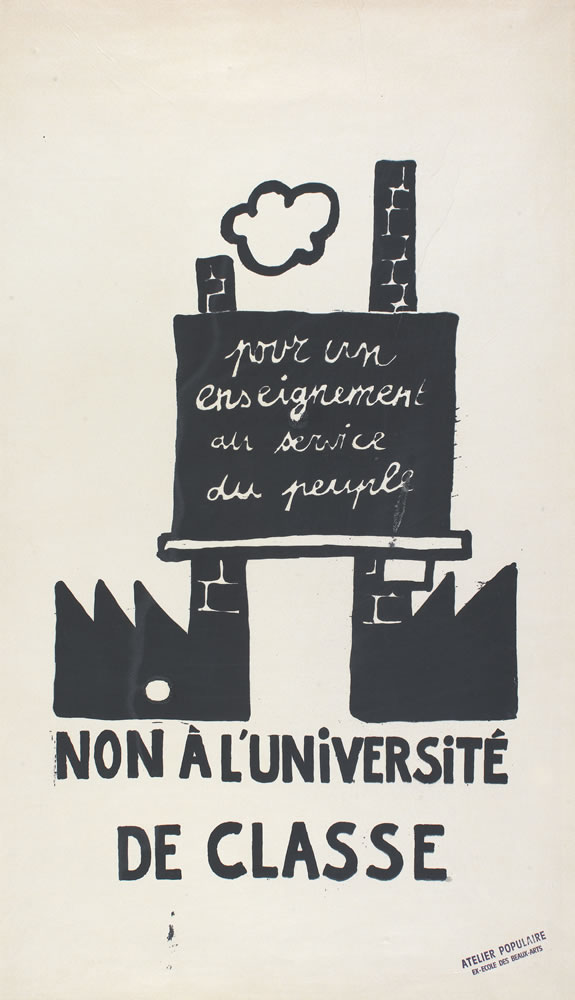 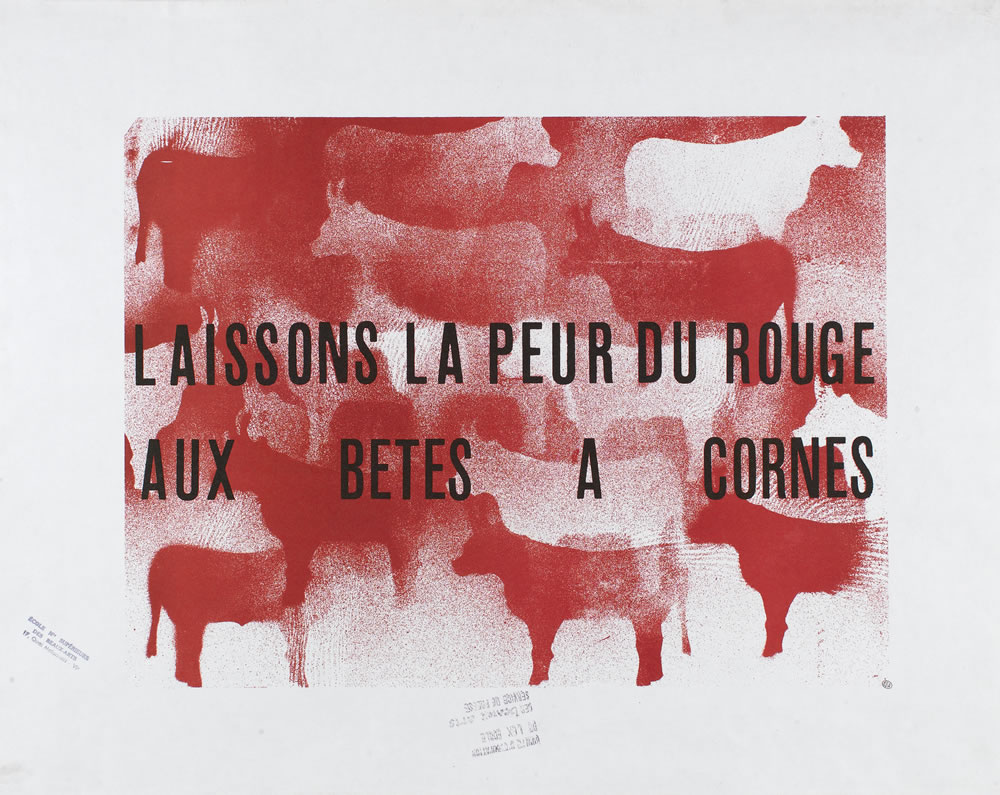 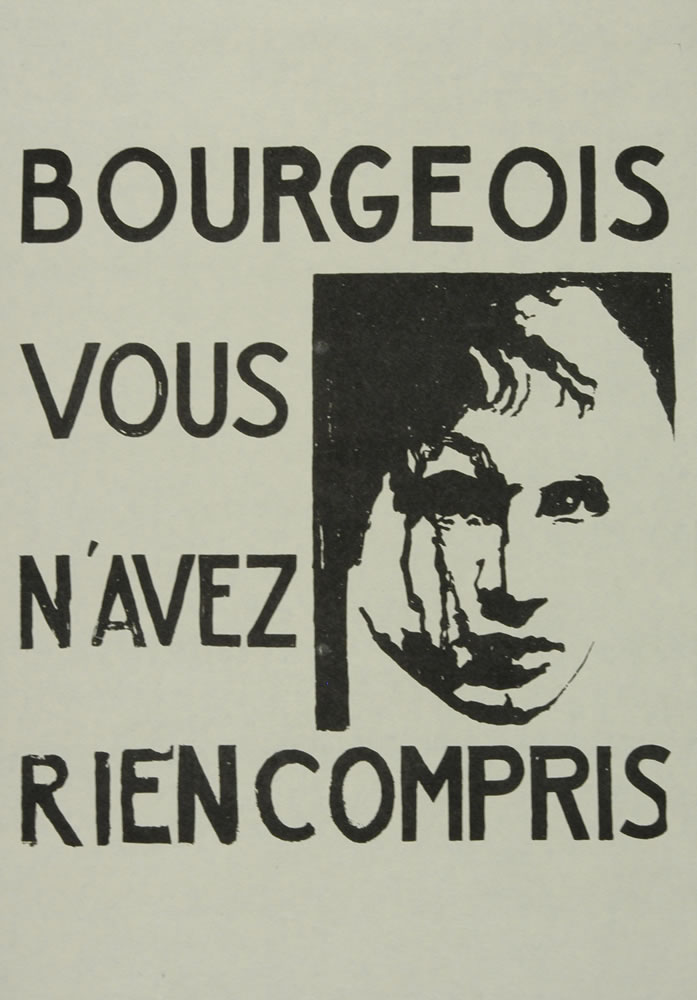 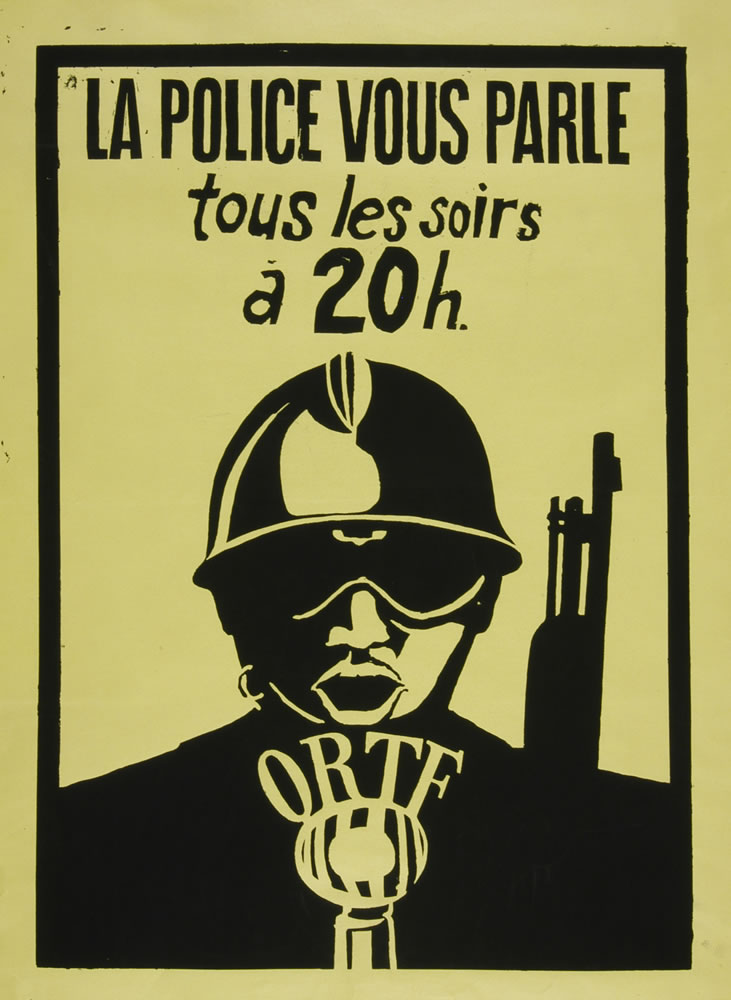 In May 1968, French students flooded the streets in massive demonstrations against the university system. Following their lead, more than seven million workers went on strike, denouncing unfair labor conditions, shutting down the economy and destabilizing the government for two months. What began as a call for social and economic reform quickly escalated into a radical reassessment of virtually every institution in French public and private life. People took to the streets in masses to protest the role of the media and the presidency of Charles de Gaulle, to express antiwar sentiment, to call for an improvement of the educational system and to reject the consumer society.

With radio and TV under firm control of the government, the French youth, concerned with having their voice heard, was confronted with an omnipresent media censorship. In support of the protesters, an estimated one million posters with snappy slogans and stark layouts went up all over France. Hastily produced on cheap paper with ink donated by printers on strike, most were designed by the Atelier Populaire (People’s Studio), an impromptu group comprised primarily of students from the École Nationale des Beaux-Arts in Paris.

Produced in various layouts, the posters and slogans called for a complete rejection of authority and denounced Charles de Gaulle, who had been in power since 1958 and was perceived by the students and workers as a dictator. They were intended as a fund-raising tool, to be sold to support the movement, yet as one Atelier Populaire member explained, “We hadn’t gone ten meters before the students ripped them out of our hands and started posting them on walls. At that moment, we understood … that was how these posters should be used!”

Only designs approved by the Atelier’s general assembly were reproduced, and all were unsigned. Whereas the first posters were produced as lithographs, the Atelier quickly turned to serigraphy, a medium that allowed faster production. The students saw their art as a form of direct political action and rejected any notion of the poster as a commodity, decorative object or even a historical document. Despite this injunction, the posters survive as both historical documents and artistic objects and bear witness to an important moment in our collective memory.