Home / The Baker Museum /Exhibitions
Back to Home 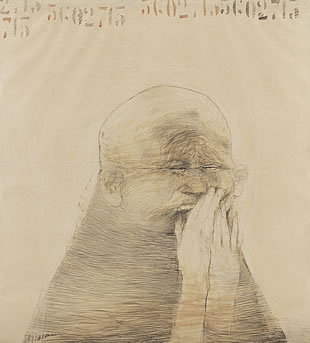 The son of Jewish immigrants in Argentina, Mauricio Lasansky (1914-2012) forged a flourishing career as an artist in the United States, creating work that often explored themes of war and violence. In 1961, coinciding with the televised trial of the Nazi war criminal Adolf Eichmann, he began a series of monumental drawings to grapple with the Holocaust. This exhibition, organized by the Minneapolis Institute of Art, is the first comprehensive presentation of this body of work in a generation. 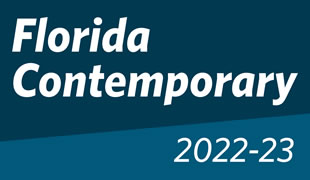 This annual exhibition presents a select group of notable visual artists practicing in Florida. Highlighting the breadth of artistic approaches to personal, local and global themes, Florida Contemporary invites visitors to celebrate the state’s vibrant art scene. The artists selected for the 10th edition of the exhibition are Edouard Duval-Carrié, Miami; Ya Levy La’ford, Tampa; and Robert Rivers, Maitland.

October 14 – July 16
Located in the Kohan, Newell and Friends of Artis—Naples Galleries of Hayes Hall 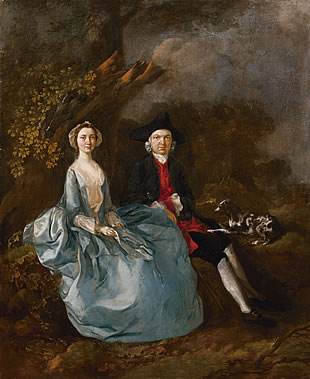 This groundbreaking exhibition presents masterpieces from the collection of the National Portrait Gallery, London, arguing that ideas of love and desire have been critical to the development of portraiture from the 16th century to the present day. Featured artists include Sir Joshua Reynolds, Angelica Kauffman, Man Ray, Lee Miller, David Hockney and others. 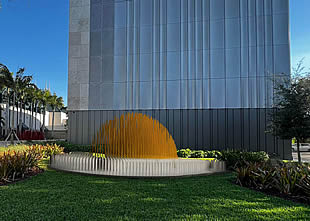 The monumental outdoor sculpture Extension and Half Sphere (1991) by Venezuelan artist Jesús Rafael Soto (1923-2005) activates the north lawn of The Baker Museum this season. Composed of acrylic and aluminum, this sculpture exemplifies Soto’s pioneering contributions to kinetic art. 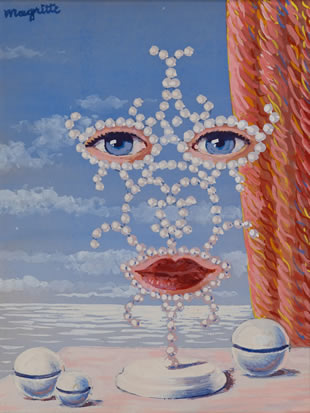 Magritte: Reflections of Another World
Paintings from the Van Parys Family

Magritte: Reflections of Another World comprises six paintings — five oils and one gouache — by Belgian artist René Magritte (1898-1967). Renowned for his witty Surrealist paintings of everyday objects in strange surroundings, Magritte preferred that his artworks remain mysterious and open to interpretation. These works are from the collection of Jean Van Parys, a collector of avant-garde art and a close friend of Magritte, and they are on a five-year loan to Artis—Naples, The Baker Museum from Van Parys’ daughter. The paintings have never previously been shown in North America, and none have exhibited publicly in over 48 years.

Ongoing Exhibition
Located on the second floor of The Baker Museum 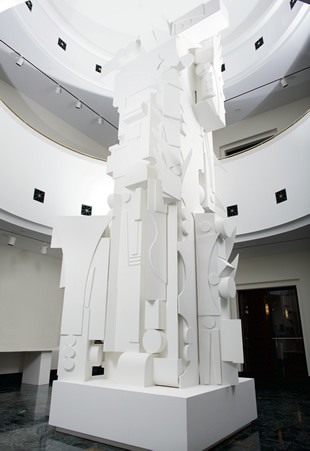 The monumental sculpture Dawn’s Forest by preeminent American artist Louise Nevelson (1899-1988) is one of the most iconic works in The Baker Museum’s permanent collection. The work is made of various white-painted abstract wood elements, some as tall as 25 feet, created by Nevelson in her signature assemblage style over a period of more than a year.

Ongoing Installation
Located in the Drackett Gallery and throughout Hayes Hall 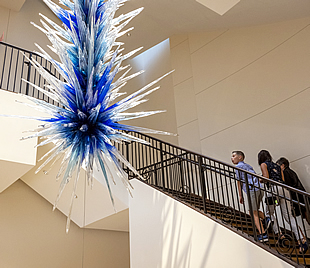 Dale Chihuly is a multimedia artist known for pushing the boundaries of glass and revolutionizing the American studio glass movement. The Baker Museum is the permanent home to four of his dynamic large-scale installations, which are on view to museum visitors during all normal operating hours: Blue Icicle Chandelier, Red Chandelier, Red Reeds and Persian Seaform Ceiling. 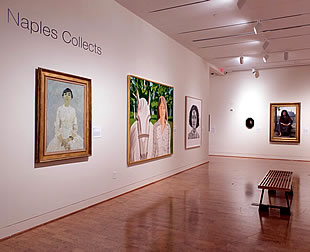 As a follow-up to the hugely popular Naples Collects exhibition of 2016, this exhibition is developed with the intention of sharing the most inspiring and engaging art from among the collections found in Southwest Florida. The paintings, sculptures, works on paper and mixed media pieces in this exhibition allow us to share with the museum’s visitors some of our community’s most prized possessions. 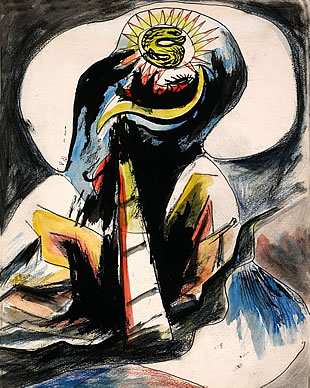 Three Degrees of Separation
Artistic Connections in the Permanent Collection

Showcasing modern artworks of the Americas from the museum’s permanent collection, this exhibition gives glimpses into how artistic ideas were exchanged and shared, avant-garde styles spread and cross-cultural artistic pollination occurred in the early and mid-20th century. 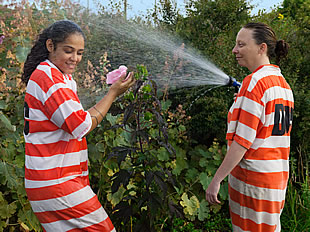